World of Tanks is what is called a “MMOG” or, “Massively Multiplayer Online Game”.

It was developed by Wargaming, a studio based out of Belarus. The game originally released in August of 2010 exclusively in Russia as a PC game, and received positive reviews.

The PC version was finally release in North America and Europe on April 12th 2011, more than 3 and a half years after it’s initial Russian release, World of Tanks: Xbox 360 Edition hit the scene on the 12th of February, 2014.

Following the PC version, World of Tanks: Xbox 360 Edition got great reviews, earning an 8 out of 10 from both IGN and GameSpot, and scored a 78/100 from aggregate site Metacritic.

World of Tanks, both the PC and Xbox 360 versions, follow a “freemium” business model, where the game is free, but extra tanks, features, and even hard loot can be purchased via real cash.

Unlike most “Freemium” games that come from the MMORPG (Massively Multiplayer Online Role Playing Game) Genre, purchasing the Premium in-game currency, Gold, doesn’t give you a MASSIVE advantage over your enemies, it just makes it a bit easier and a bit more fun.

There are five types of vehicles in World of Tanks, the Light Tanks (or “Scout Tanks”), Medium Tanks, Heavy Tanks, Tank Destroyers (Also known as “TD’s”), and Artillery (Or SPG’s, Self Propelled Guns, also affectionately known as “Arty”).

Scout Tanks mainly attempt to spot enemy tanks, a skill enabled by the fact that they are extremely fast, regularly reaching speeds of 50-60, and easily topping out at 75km/h, allowing Tank Destroyers and Heavy Tanks to zero in on the enemy and do massive damage.

Medium Tanks are mainly for medium range support, and to run alongside Heavies while they bombard the enemy with shells. Medium’s have a moderate amount of armor, and normally top out at 45-55km/h.

Tank Destroyers normally operate with a fixed turret, meaning that the front of the tank must be aimed directly at an enemy to get a hit, instead of rotating the turret while stationary, to face the enemy vehicles. Tank Destroyers do pretty high damage, have a decent amount of armor, but are quite slow, normally cruising at less than 20km/h topping out at less than 30.

Many Tank Destroyer players attempt to move alongside the Heavy Tanks, but higher level players normally find a nice hill to sit atop, and snipe enemies below.

Last but certainly not least, is Artillery, also known as “SPGs” or “Self Propelled Guns”. Artillery Tanks are used exclusively as support tools, most player take their Arty and hide behind some sort of foliage near their spawn, to hide from the enemy. They then access a Skyrim-like map, where, when enemy tanks are spotted, they can zero in on their position using a shrinking reticle, and then fire, unleashing an extremely powerful shell directly into the sky, crashing into the enemy using a simple force…Gravity.

Most Arty’s cruise at around 25km/h, but higher level Arty’s sacrifice this ability for a larger gun, cutting the cruising speed to as little as 10km/h. The speed of Self Propelled Guns vary widely based upon country of origin and Tier…some cruise at speeds of 12km/h, where others can easily hit 45km/h, although most that can reach that high of a speed lose the advantage in other departments, such as armament. Artillery Tank shells do massive amounts of damage, but normally reload much more slowly than other tanks.

SPG’s also have very little armor, where even a Scout Tank may have 480 Armor, SPG’s normally have less than 300.

Tanks are upgraded via “Packages”, for instance, one of the first tanks you get is a little American Tier I T1 Cunningham Scout Tank, if you play enough with it, you can earn packages which upgrade the guns ability, be it the Tracks, Armament, or Engine.

Eventually, a tank runs out of packages to purchase, and you are faced with multiple Tier II Tanks you can buy, from Artillery to Medium Tanks.

You are always paired with other players within your Tier area, so you won’t go into a match with a Tier III Tank and be thrown up against a massive Tier X Tank.

There are Tanks available from various countries, such as Germany, The UK, The US, and the Soviet Union. All countries have their pro’s and con’s, and it’s up the player to decide which country he wants to pursue tanks in. You can use Tanks from any country at any time, so if you’ve decided you’re going to play with a British Tank one game, you could switch to a Soviet Tank in the next.

World of Tanks is available FREE from Xbox Live Arcade, but it is a hefty 3GB download, so have those hard drives primed and thumb drives at the ready! 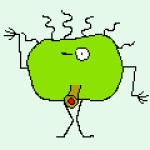