In March 2013, 2K Games released a third installment of the Bioshock series called “Bioshock Infinite.” This game is a first-person shooter that is available on virtually any platform.

You are Booker DeWitt and you are sent to a city in the clouds called Columbia, founded by self-proclaimed prophet Zachary Hale Comstock, to find a young woman named Elizabeth.

During this game, you are continuously running into two people, a male, and a female, who are secretly giving you hints on how to play the game through riddles. Will you be able to piece it all together?

You experience a number of strange things, such as a baptism that ends up in you being denied and drowned and you gaining powers through vigors. You are attacked when a civilian finds out you are the “False Shepherd” by a mark on your hand.

Things get stranger when you find Elizabeth. Elizabeth assists you in battles with numerous contradictions that are quite creepy. Ever been chased and shot at by George Washington? This game is a great way to experience that and many more things like that.

You find out the Elizabeth can manipulate “tears” in the space-time continuum allowing you to discover deep secrets of Columbia.

Through the story, you find out these secrets and you piece together Comstock’s and Elizabeth’s past with getting bits of information on Booker’s past through a few flashbacks and all of his past at the end of the game.

In the end, all of the pieces come together slowing while you walk through doors of lighthouses into what seems to be alternate realities. Both yourself and Booker finally learn the truth about everything that has happened ever since being dropped off a lighthouse by the strange man and woman.

Will you be able to handle the truth?

Experience:
I genuinely enjoyed this game and can easily say that it is my all time favorite game. The game definitely does not have a traditional ending as well.

My advice for anyone who does decide to play the game would be to pay attention to every little detail and every cassette tape you can pick up.

This game can be rather stressful if you are like me and you are terrible at shooting games, but it is also easy for you to get the hang of the game and the controls.

I raged quite a bit when first starting the game because I couldn’t get the hang of it. I learned though, and it was worth learning.

I would highly suggest this game to anyone that is looking for a thrilling story game. However, be warned, it is highly confusing. 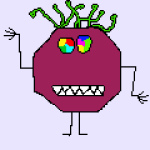