In KSI, we have so many members that have been in the community for such a long time. I had decided to write about my General KSI BuMPer 7, or as I like to call him, “Mike.”

KSI BuMPer has been in KSI on and off for four years, and has done so much. In his interview I had asked a few questions about his KSI history, and his experience. KSI BuMper 7 currently resides in Banshee, ES, where he is the General.

The Questions for KSI BuMPer 7

When I asked him where we has been the community, he stated, “I was recruited into Necro, DL, where I would become a SSGT just before we squad split. We split into Reapers, DL, where I would work my up the ranks to General. I earned the rank of Co-Founder in DL before I had to leave for personal reasons. When I first returned, I was a member of Lycans, ES, and would eventually transfer to Exorcist, DL, where I once again became a General. Since my rejoin I have been in Banshee, ES, where I have worked my way and recently became General.”

He then contiuned with experiences in each squad. “Every squad and division I have been in has helped me change in multiple ways. When I originally joined, I was only joining because I met a great group of guys on Black Ops 2 and enjoyed playing with them. I was a bit shy and self conscious about myself when I joined, which would all quickly change.” There where so many more memories that he recalled with a smile.

My final question that I had for him was his most fondest memory, to which he responded, “When I was fourth Lieutenant of Reapers, DL, I had no active officers above me and was tasked with handling most squad activity alone. We had a member who had been friends with KSI FuzzyMeep 7 for quite a while. During my first Sergeant Workshop that I ran, that individual invited Fuzzy to the workshop. Obviously I was really nervous about running a meeting in front of the CEO of KSI. I remained on course and did the best I could. To my surprise, Fuzzy commented on how well the workshop went and he thought I did a good job.”

Looking back at his time in KSI, KSI BuMPer 7 has enjoyed himself. He has always been willing to help along the way. We all look forward to see how he will grow as an officer and as a member as well. 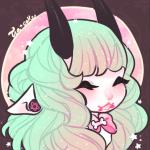 My name is KSI Tea 7, I have been in KSI on and off since 2015. I am the Co-head of the news team as well as an Education Assistant, LC Ambassador and in CS Calamity! If you have any questions please feel free to message me on Discord!