Since our last article, information has come to light about the Xbox Series X; below you can find the updated report.

Gamers all over the world have been biting their nails to learn more about the newest Xbox since it was announced in 2019. The Xbox Series X, formerly known as Project Scarlett, had players wondering what was in store for the gaming industry with this addition.

News about the console has been buzzing in the headlines. Multiple leaks about the Xbox Series X have come to light, telling us what to anticipate as we check off the calendar days. However, it is getting harder to find reliable information. Below are verified facts that you can count on about the Xbox One Series X.

We already know, from our previous article, about the rectangular shape, mirroring a PC tower. Like its predecessors, it can be put on its side and still be used. In addition, the majority of the ports are on the back of the console. It looks as if the only features on the front are the Xbox button, disc drive, and eject button. Unlike its ancestors, there doesn’t appear to be a USB port in the front of the device for the ease of connecting wired controllers.

Other notable changes are how the Xbox Series X’s controller will be slightly smaller with a different, but similar, curve on the back. Secondly, the D-pad has a smoother design allowing for easier movement while switching directions. The biggest change, though small in size, is the “Share” button. It is positioned in the middle of the controller below the power button. We can only assume this is to make taking screenshots and videos even easier while we are mid-game. This is what we are all dying for.

As the years go by, the industry is constantly trying to make better products for everyday use from vacuums, dishwashers, or cars; so why would it be any different for gaming?

From our established sources, you can tell Xbox and Microsoft have made leaps and bounds from the previous consoles.

1. AMD Zen 2 CPU, 4x faster than the Xbox One CPU,
2. AMD Navi-based GPU, 8x faster than the Xbox One GPU,
3. Running games at 120Hz frame rates, 2x faster than the Xbox One,
4. The potential to run at 8k resolutions, when the company is aiming for a minimum of 4k,
5. Ray-tracing technology “… In computer graphics, ray tracing is a rendering technique…The technique is capable of producing a high degree of visual realism, more so than typical scanline rendering methods…”,
6. SSD Storage system “A solid-state drive (SSD) is a storage system that uses a chip to store data. They’re typically faster, but more expensive, than a hard drive…”,
7. Compatible will all Xbox One accessories
8. Physical Disc Drive.

Anyone, nerd or not, can understand the possibilities of what gaming will be in the future once this device hits the market. The probability of gaming with little to no lag and better streaming capabilities could be just around the corner.

Phil Spencer, the head of Xbox, told GameSpot in an interview, “I think the area that we really want to focus on next generation is frame rate and playability of the games.” Spencer said, “Ensuring that the games load incredibly fast, ensuring that the game is running at the highest frame rate possible… People love 60 frames-per-second games, so getting games to run at 4K 60 [FPS] I think will be a real design goal for us.” With this, gamers can expect a slick, quick, and sophisticated machine to get us gaming for hours.

The exciting news from Spencer, makes you think about gaming in general. The focus on having the best game right now seems to have overpowered the playability on our devices. Speaking of games, if gamers have bought games with the Xbox, Xbox 360, Xbox One, you will be relieved.

We already know that the Xbox Series X will be backward compatible with Xbox, Xbox 360, and Xbox One games. This is a huge relief to the masses who have spent hundreds of dollars on their collection. If you wanted more reassurance, it was announced that it will even allow gamers to jump into the action more quickly on the games they want. Of course, individuals can expect to play Xbox games on their PC or mobile devices.

If you’d like to know which games will be released with the Xbox Series X click **THIS** for a fellow writer’s article.

As we get closer to the release of the next obsession in gaming, more information will be given out on the console. So remember, this verified information is still subject to change or removal altogether by Xbox.

So the final question is, how thrilled are you? 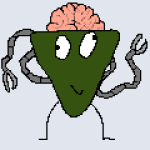