During the December Game Awards this year, Microsoft announced the long awaited ‘Project Scarlet. Code named”‘Project Scarlet” the Xbox Series X was first brought up at E3 in 2018 with no information at all. However now we have had our first look at the fresh design, it’s capability, and some of the confirmed titles.

The Xbox SX has a revamped style, no console has looked much like this. The console has turned into a cube-like tower, It is approximately 6 inches (15 cm) wide and deep, and 18 inches (46 cm) tall. So it’s HUGE, however it definitely will be a change to what we are used to. We also see the new Xbox SX controller. Do note that it is in all intents and purposes, the exact same as the Xbox One controller with very minor changes to the D-Pad. Here is a look at the console.

Whats it capable of? With a next generation console, comes next generation hardware. Though we don’t know too much about the hardware available, I have a few bits of information up my sleeve. The Xbox SX is apparently 4x as powerful compared to the Xbox One X. That alone is one hell of a statement.

The Xbox SX features AMD’s Zen 2 CPU architecture and a RDNA graphics architecture. Microsoft created a custom GDDR-6 SDRAM, for those of you who don’t speak computer geek, all this means is it’s powerful enough for 8K graphics and super fast start up times & loading times for games, almost making them non-existent.

Microsoft has announced only a few games that will accompany the Xbox SX:

Of course some games will be down to speculation, however we can almost guarantee that the next Call of Duty will release on this, along with the continuation of the Grand Theft Auto series. Some games were announced at this years E3 with no release date as yet, like Bethesda’s Elder Scrolls VI & Starfield. We will also see such titles as: Payday 3, Diablo IV, Dead Island 2 & Destiny 3. Microsoft has also strictly said that the Xbox SX will accompany full backwards compatibility to the previous consoles (Xbox, Xbox 360, Xbox One)

The Xbox Series X is due to release in the holiday season of 2020. A price has not yet been released however we can estimate around $599 / A–499 at release. You can see the full presentation at the link below.

As always we here at the News and Marketing Team would love to hear your suggestions. Feel free to drop us a suggestion for a new article and we will be happy to see what we can do for you! 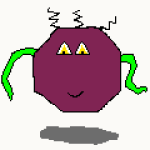