So many new, highly anticipated, amazing games and DLCs have come out recently. Borderlands 3, Destiny 2: Shadowkeep, Call of Duty: Modern Warfare and Star Wars Jedi: Fallen Order to name a few. But, what if you aren’t into first-person shooters or your bank account would disapprove of that kind of expenditure? The answer is Subnautica.

Why Subnautica? Well, there are quite a few reasons, but the two huge ones are that it is currently free on game pass, and it is a solo game. You don’t have to worry about trying to drag people away from their new and shiny games to play with you. They can get their new games on and you can hang out with them in a party while exploring the world of Subnautica

You are given the following options when you start the game:

The hunger and thirst are a pain in the behind. Storage is so limited in the beginning. Having to prioritise rations over other resources is frustrating. Everything takes much longer to accomplish because you are constantly working on the food and drink portion. Unless you want to go with the single-life option, I highly recommend choosing Freedom. I regret selecting Survival.

You appear to be alone. Truly alone. There are no signs of any other life other than the aquatic critters you encounter. It is incredibly eerie. The developers have done a phenomenal job of making you feel completely isolated. The general feeling of isolation is fueled by the soundscape. There is a lot of white noise – waves, the occasional echo of the sonar. The music is very limited. Playing this in a party with other people is highly recommended to help mitigate the isolation if it starts to bother you.

The premise is that you have crash-landed on an alien planet with little to no previous knowledge available to you. Is this a hostile planet? Will you be encountering alien life forms? You are aware that the planet is dangerous, but what makes it dangerous?

You have your damaged pod and you can see the large ship you crashed down in not too far away. However, the data available to you is incomplete and corrupted. While the basics you need to survive are available, you have to go hunting for clues: data and fragments of items are available for you to scan in order to re-create lost blueprints and advance the storyline.

General exploration will get you pretty far, but fixing up your radio and following the breadcrumbs of information left by other pods is how the story advances. The storyline is pretty compelling, but if that’s not your thing you can ignore it and get a lot out of the game.

If you want, you can stay based in your pod for a long time, but quite frankly, as an in-game hoarder, the lack of storage space drove me bonkers. Building a habitat and getting yourself other transportation should be your goal no matter how you choose to play the game.

Appealing to Your Inner Nerd

You can scan EVERYTHING. Well, almost everything. When you do, your Personal Device compiles data about the critters and items you come across. The creators at Unknown Worlds Entertainment spared no expense when it came to giving you detailed information about the planet and the science behind a lot of it.

Ancient Floaters, for example, are these large jellyfish-like creatures attached to the bottom of floating landmasses. The landmass and the floaters are in a symbiotic relationship. Neither would thrive without the other. The data entry goes into further detail explaining how the relationship works.

Unlike most other games, it is not weapon heavy. The emphasis is on the devices you need to gather information and materials and to keep yourself alive. Your main means of protection will be devices that distract predators as opposed to ones that will kill them.

The scanner, of course, is your best friend when it comes to discovery and your sea glider, just a basic, motorized swimming aid will seem like a godsend for exploration. Swimming around under your own steam starts to get slow and very limiting.

Eventually though, for serious travels, your prawn suit (think spacesuit, but for walking on the ocean floor), Sea Moth (single person submersible) and Cyclops (a submarine with storage!) will be how you get around.

Between building, following the storyline clues and just general exploration, there are hours and hours of gameplay in this solo game. It is one that I have found myself coming back to when I need a break from the bigger games I have been playing. 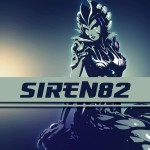