Have you ever wanted to zip across the open sea in your own ship? Atlas is a game that has recently come to light to many of us. Let me tell you it isn’t the first time I’ve woken up in my underwear on an unknown beach… I also played ark. Both Atlas and Ark were produced by the studio Wildcard and are both Role-Playing MMO’s. Atlas has a very similar feel to Ark but comes with a stunningly huge map that’s over a thousand times bigger than Ark island spread over multiple servers. This offers the opportunity to explore to your hearts content and find your own place in the world. Atlas is a never-ending adventure involving exploration, combat, settlement construction and most importantly PIRACY!

Just How Big Are We Talking

Similarly to Ark, Atlas offers the chance to build your own area and even claim your own island on a map that’s over 45,000 KM². There are also many new creatures to tame and fight, along with the npc army of the damned who are skeleton warriors that protect great treasures such as gold. There are hundreds of unique islands on the map and how do you get between them I hear you ask. Ships! Ranging from tiny rafts and dinghy’s to massive Galleons and Brigantines. Ships are definitely Atlas’ main selling point; with fully customizable layouts you can create the ship of your dreams. A small and fast exploration ship or a huge ship covered in cannons, the choice is yours.

If you do dare to sail the high seas don’t think you’re safe. There are many dangers that lurk below the surface. Whales! Not your normal gentle giants in this game. Whales are among the most formidable opponents you can face on your adventure, being as large as the biggest ships and able to sink a smaller vessel in a single blow, pray you don’t encounter these when traveling against the winds. Along with whales you can also encounter npc ships of the damned that you can fight for great rewards. Your most formidable opponent must be the weather always changing, you don’t want to be stuck at sea in the middle of a storm with cyclones forming all around you. There is reward to these risks in the form of sunken ships loaded with loot and floating treasure you can collect.

Does Atlas Run A Tight Ship?

Unfortunately, as with many MMOs there are lag issues as well as the fact that older Xbox’s may overheat due to the demand of the game. My personal opinion of the game is that it is great. I love playing as a pirate and sailing the seas looking for adventure. This is a very demanding game and I have encountered a few lag issues when my connection drops causing the game to become glitchy.

Atlas is still in alpha development so there are some bugs and issues that need to be fixed but after spending many hours on this game I still find it highly addictive. 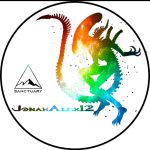