It was an awesome start to Spirit Week 2014! We got to hear from directors, senior directors, board of directors, and QueenJess herself who was running the show. The Black Ops 2 lobby was packed with members having a blast.

From stories of their endeavors in the past of KSI, to the personal lives of our esteemed leadership. We’ve found out a few things, including KSI DoCNeSS 7 serving with the US Navy as a Corpsman, and KSI Cheddarbob7 allocating 4 speeding tickets in his motorcycling career. Who knew we had such lively personalities in our senior leadership?

In this time of fun and live streaming, some prizes were given away to the community through a way that no one really expected to happen. Through our social media, a KSI sticker and a $10 Microsoft store code were given out to two lucky members! First, the 8th member to like a photo of KSI QueenJess 7’s on the page would receive a KSI sticker.

Here is a little image of the bad boy in action on a Xbox slim.

With this being said, KSIXxDropshotxX (Shogun EF) won the first prize by being that lucky person to get in the 8th like on the Instagram image. We also had a contest on Twitter to add to the festivities! The 18th person to retweet the message posted by Jess would earn themselves a $10 Microsoft point card from KSI Greg 7! That winner turned out to be one of our leaders from HD, KSI Taywick 7!

Another challenge that was started, as that the members needed to tag themselves with @KSI_Global_Official on Instagram, as well as @KSIOrg on Twitter, and show their KSI spirit! No winners have been announced as of right now, but many posted their photos in hopes to earn whatever prize the leadership has ready for them!

Speaking of prizes and surprises, the senior leadership revealed last night that all parties and games for the duration of Spirit Week were allowed to be open, as a reward for KSI’s hard work in preparation for the events, and as a trial run to see if it will become permanent in the future.A?

We had a total of 297 viewers watching the live stream tonight at one time. A?That shatters last year’s record of 250 members at a single point. We broke another record today by having 370 members on the forums at the same time at 7:08 pm est.

We came so close to breaking the current record of 666 members on the forums in one day. We had 601, just 66 members short of reaching our goal. Even after the event was finished, we still had members flooding the forums to post in the participation topic in the Spirit Week section! This topic was for members to vote for their respective divisions in the competition at hand.

Whoever had the most votes by midnight won the competition. With a great amount of effort from each individual division and member, we finally saw who won the voting segment of the Spirit Week events.

LS (Last Strike) came in first with a whopping 54 votes from members on the website! They were followed by a close 45 votes from WI (Wicked Intent), and finally DM in third place with 38 votes.

The topic ended up finishing out last night with over 330 replies and 322 votes from members. The night didn’t stop there, as LS held a game night on CoD: Black Ops 2 in response to their victory for the first event! If these things don’t show KSI Spirit, then I don’t know what does!

Everyone did a wonderful job of continuing to try to reach our goals and break the records. We want to thank everyone for their continued support. Be sure to come back out tonight for the Halo 4 Multi-Team event! Like the rest of the events, this will be live streamed by our very own KSI PR3DATOR 7!

We hope to see you all there, and remember to enjoy yourselves with all of the events this week. All live streams can be found here! 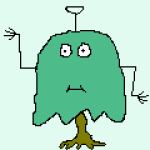