This weeks Happy Hour was hosted by KSI Skarzx 77. It was an exhilarating experience as they battled it out on Smite, the game mode being assault. Happy Hour is an opportunity for those in the community to come together and game, while having it live streamed. This is typically withheld for 7’s while other members get to enjoy the stream, providing a better understanding as to what KSI and its leadership is all about. However, this week’s event had a poor turn out, KSI Skarzx 77 was unwavered by this, opening up to some of the other leaders within EO.

Assault breaks down to you being given a random god in a single lane battle. This begins with accelerated gold per second, as you face off against the enemy team in a 5v5. However, the gamers are unable to recall, making the only time to buy items is when they die! Concluding, Assault is a great game mode for new players that are attempting to learn the game, as well as the Gods, resulting in a twist! In addition, this adds an extra edge to your game play.

The team consisted of KSI Skarzx 77, KSIxPapi77, KSI GrimShot 77,KSI BooyahMonk and last but not least KSI AphroRhys. All of these leaders coming from EO! Seeing how EO has become close knit, has resulted in members coming together, and showing them what KSI is all about! They did this by gaming, and doing so in great company of the ones around them.

Throughout the rest of the game, the scores continued to be close. All the while, they spoke on favorite Gods, ultimate combos, and also taking questions from the viewers watching the stream. On one of the rounds, KSI Grimshot 77 activated boosters. These boosters consisted of fantasy point boosters, experience boosters,and team favor boosters.

Throughout the night, they worked well as a team utilizing call outs, and telling each other about who was using what God. With the competition high, the final kill score was 41-51.

If you missed the event and would like to view it follow the link down below:
https://www.twitch.tv/videos/205958737 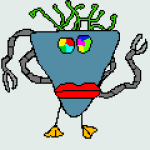