This weekend we had an extremely competitive Weekend Warfare: Smite Joust 3v3 tournament! Bringing in a wide spread of players from lower tiers, all the way up to Platinum, Diamond and Masters.

Our hosts for this Weekend Warfare event: KSI Breakfast 7, KSI Hebrew 7, KSI Furian 7
streamed by our very own: KSI Fireheart 7.

xXsandman1013Xx’s team went the usual double tank composition. This is currently the meta due to being able to gain large amounts of early game pressure. Thus, Jigsaw’s team got early countered with physical defense due to most of their damage being mostly physical. The game ended with xXsandman1013Xx’s team winning 23 kills to 3 kills.

In this case, AphroRhys decided to ban Sony vs yo mom and Ganking’s best gods, Medusa and Cu Chulainn. Moreover, they unfortunately had to leave open the 2 best guardians, Artio and Cabrakan, by doing so. Ganking’s team picked into those and Cernunnos.

In the end of it all, Ganking’s team ended up winning the the early game snowball, leading into a landslide victory of 14-1 kill with Ganking’s team winning.

Snix’s team had the better early game composition and should have had a lot of pressure. In this case, Ganking’s team focused around burning their purification beads and won the engagements off of pulling the Hou Yi into Xing Tian/Ares ultimate’s. Ganking’s team winning 13-0

Going into the very heated final battle both teams agreed to do all hunters with no defense for the final game.

Notably, this was a moderately close game but Ganking’s team took the victory 18 to 9!

Summing up this weekend’s Weekend Warfare we had a modest turnout of players from around the community! They got to enjoy what KSI and more specifically, what our Tournaments and Event team brings to the table. Look forward to our next event, being 3v3 Rainbow Six Siege! Link to the sign ups posted below.

In addition, if you are interested in seeing the full games and final event follow the link below:
https://www.twitch.tv/videos/206220540 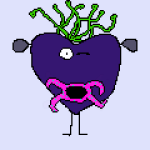