Firing up this very hot event with Prominence Poker 1k buy ins. Having a surprising 16 members from all over KSI joining us in this intense night of poker!

We divvied up and dove right in, with our hosts this evening: KSI W1CKED , KSI Guyy 77, KSI UNB0RN 7 and an extra helping hand from a contestant KSI xHAWKx 7. Each hosting a table, we start out the first round. The 4 tables consisting of:

After some very intense game play and very awkwardly quiet parties. Everyone having their ups and downs good hands and bad. Only one contender from each table could advance to the final table, we came to the final four contestants:

Starting off with some fun to be had by all in the early hands of the tournament. KSI Gary 7 slowly being chipped away at being our first of the top 4 to drop out. Things grew a little more intense as the first dropped leaving just Beastshade666, KSI AceOfDallas and KSI Meta 7! As they intensely battled it out for almost and hour, KSI AceOfDallas holding on by a thread. Almost always finding a way to hang in, as all good things it had to end.

Losing KSI AceOfDallas leaving it to KSI Meta 7 and Beastshade666 to battle it out for our Prominence Poker Turkey Bowl championa??s title! In one of the longest stalemates I have ever personally witnessed in my time here in KSI. Going on almost an hour of some very skilled back and forth game play, Beastshade666 had finally had his chips exhausted and caved. Leaving only KSI Meta 7 standing as the winner of this years Turkey Bowl 2017: Prominence Poker event!

The final standings being:

If you would like to watch the rather long stream, tune in on our Twitch channel at:
https://www.twitch.tv/ksilive2
In other news, our first KSI wide COD: WWII event has been postponed due to server crash on Activision’s end. Our very unequivocally dedicated T&E staff are working on getting us an updated date and time for the event! Bare with us we work out the quirks. 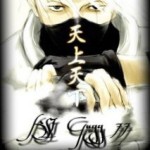