2017’s Turkey Bowl has been exciting and today was nothing short of amazing with today’sA?event of Rocket League.

The Rocket League 2v2’s double elimination tournament got off to a rocky start. The evening started with some entertaining matches. Whether they were close or complete blowouts, all were very enjoyable!

Some amazing Rocket League players, KSI Bearded 7 and SlackAchiever2, were flawless in the competition, winning every single game!

However, the more interesting matches were with KSI Silence 7 who chose to do 1v2 due to his teammate unable to attend. Although he might not have won the matches, he made an interesting battle as both teams played around, resulting in some laughable moments.

If you missed the event and would like to tune in, check out our Twitch Channel and our YouTube Channel:
https://www.twitch.tv/ksilive2
https://www.youtube.com/KSIGlobalGaming

Winners are as follows:

Congratulations to all those who won. Thank you to all who participated, especially those who continued to play and be a good sport – even if you were missing a teammate.

Also, be sure to look into our final daya??s events tomorrow! These events and their host are as follows:

Sign ups can be found on our forum page under the Turkey Bowl topic.
http://www.ksiforums.org/forum/366-turkey-bowl/ 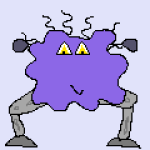