Wednesday marked the beginning of the 5th-annual Spirit Week. The community joined together to watch the live stream and get information about the upcoming days’ events and show divisional spirit.

“Some will cry, most will have a blast,” KSI Chairman KSI FuzzyMeep 7 joked at the beginning of the stream.

The idea of Spirit Week came to KSI QueenJess while she was in the shower, which sparked into a yearly event.

As the stream started off, the party introduced themselves and began to joke around about the old times.

A large area of focus was promoting departments and social media, which will be used heavily for Spirit Week and future KSI events. KSI ImPeRiiuM 7, head of News, Social Media, and Lead Department Head, talked about the KSI Twitter page, @KSIGlobalGaming, and made the announcement that there will be a prize for every 50 followers received throughout Spirit Week.

The hashtag for this year’s event is #K5I and participation points will be given to divisions with a lot of social media activity.

FuzzyMeep even announced the prizes being offered throughout the week.

Winners for both Halo tournaments this week will receive $25 KontrolFreek gift cards and Call of Duty winners will receive a $10 Xbox Live Marketplace card.

The goal for Spirit Week is for everyone to hang out with their fellow members, make new friends, and most importantly have fun, according to numerous people on the panel.

That surely won’t be the last challenge given out during Spirit Week, but it was a good start.

KSI Luci Lux 7 said his favorite memory from Wednesday was, “Reminiscing about how old we are.

“The Quip Lash stuff because it was fun,” Senior Director KSI Greg 7 was.

The night closed out as the Forums Challenge ended at midnight.

All divisions scored one point for participation.

That means that after one night of competition, LS and WI are tied for first with six total points. LW is in second with five points, and DL is in third with four points.

It looks like it will be a close race, so social media activity and tournament results will be important for separating the top tier.

For Karaoke, Skype names along with gamer tags are needed for the participants. Sign-ups for that night’s event will close at 7 p.m. EST.

Both Call of Duty tournaments require the map Nuketown, so participants need to download the map.

There’s a large update for Rocket League, as well, so any players in that tournament need to have that update downloaded before the tournament begins at 8:30 p.m. EST on Thursday.

To have teams registered for Rocket League, click here. 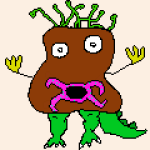