“Tom Clancy’s Rainbow Six Siege” is a full multiplayer game that combines all elements of special operations into one. There are three different types of operations on the maps available, hostage rescue, capturing a biohazard container to be decontaminated, and a bomb diffuse.

This game has a two team system, defenders and attackers; which both have unique tactical abilities to counteract one another. These operators come from different special task forces from around the world such as GIGN, SAS, FBI Swat, Spetsnaz, and GSG 9.

Each of these factions have four operators to unlock, two being attackers and two being defenders. A team called Rainbow has assembled these operators to deal with any worldwide problem, at the blink of an eye. Welcome to Team Rainbow.

When pitted against each other, these operators have abilities that counter act defenses/other operator abilities. At the start of a match there is a 30 second fortification stage. As a defender this is the most important part because this is where you set up your defenses.

Each operator can barricade doors with wooden barricades which can be broken down by melee or by breaching charge. They also have the ability to deploy two “reinforcements” which are metal/steel walls that are put up against the dry wall of rooms. These reinforcements make it so that attackers cannot breach inside rooms with standard breaching charges.

The only thing that can blow a hole through these reinforcements is Thermite; which is an FBI operator. That is why operator selection is so valued because if an attacking team doesn’t have Thermite, then they might just have to kick in the front door.

As an attacker, during this 30 second period while the defenders are fortifying; you are in a little remote control recon drone. With these drones your job is to roll around the map and find wherever the location of the bombs/hostage/biohazard container is so that you can strategically plan on how you will attempt to eliminate or complete the objective to win the round.

Defenders win rounds by either eliminating all attacking operators or letting the time run out. There is one scenario that doesn’t apply to this and that is if the attackers plant the diffuser. In this case, the defenders have about 45 seconds before the biohazard/bombs are diffused. The defenders can hold X while near the diffuser and your operator will then start smashing it with his weapon.

This process takes about 10-15 seconds so make sure you have enough time, before the objective gets diffused. The attackers win by either completing the objective or eliminating all defenders.

This game is very dynamic considering 50% of walls, floors, and the ceiling can be broken. These create new lines of sight for engagement or even new ways to move around the rooms/corridors of the map.

Operator selection is still one of the most primary things to take into consideration. Operator selection shouldn’t be taken lightly because no one ever knows how the defenders/attackers are playing the map; so you must prepare for everything and anything. 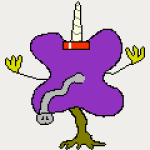