KSI Sycdan 7 was recruited on June 20, 2015. He was a Sergeant for 6 months and during that time period he went through three different generals.

It took him three months to go from a Staff Sergeant to a General. In his squad, Hybrid, Forced Induction went through a division split that led Hybrid to become Xenon within the new division, Toxic Illusion.

Can you explain what being a leader means to you?

It’s about learning from your members not just leading them. I watched everybody both of similar, lower, and higher ranks. Not only to learn how to do things correctly, but to learn from their mistakes so I didn’t make the same mistakes as them.

What advice would you give to future leaders?

To make sure your not pulling people to your standard, basically show them someone else’s mistake and teach them on what not to do and advise them not to do it.

How do you feel about being the only 7 in TI at this time?

It is a challenge, but not one that I relish in.

It happened very suddenly, just following Spirit Week. I had members who stepped down or just simply left.

It wasn’t easy to adapt to, my division is both an Xbox 360 and Xbox One, and I only had a 360, so I couldn’t speak to a large portion of my members.

The good thing was that I have a very good general staff to help me out. It was quite honestly a blind panic for 48 hours because it was so much coming at me at once.

But after that it became easier because I had support in the end. It was a bit weird not having to go to anyone, but my director.

For the most part I feel as if I adapted and mitigated the situation as best as I could. All in all it is something I would not recommend to anyone.

When you became the only 7 within TI, did you feel overwhelmed?

At first yes, as anyone would.

Once I calmed, down how I felt was pushed to the back of my mind due to the fact that I had to be there for my division. They were top priority.

Everyone from Toxic Illusion was supportive.A? My staff was terrific and I could not ask for anyone better. Like I said, once I had calmed down, I realized that I wasn’t alone.A? I had other leaders i could go to, namely KSI Azreal 7, KSI Akame 7, and KSI Ascend 7.

I may have been abandoned by my leaders in Toxic Illusion, but I had the community to back me up, so it’s really a yes or no type of answer for me.

What are the positives and negatives to being the only 7 in your division?

Well the pro is the ultimate freedom. I wanted to be the kind of leader people could come to, that is who I am and what I still want to incorporate as a 7.

The cons, as anyone could guess, would be going from 2 squads to 4. It just happened after Spirit Week so I was physically and emotionally sore. I had nowhere to hide or anyone to go to when it did happen.

One other was the lack of Xbox One. I couldn’t get hold of 60+ members, so I felt as if I was leaving them behind, which is something I prefer not to do.

What’s the most important thing about being a KSI leader?

The experience. From the lowest ranking member, all the way to Fuzzy himself.A? I’ve noticed the people enjoy the experience of being in KSI.

Most definitely the leaders because we get to watch our new members grow, not necessarily the fact that we are in power, but we get to see them become leaders themselves.

It’s mostly enjoying seeing people grow, and knowing that you helped them get to where they are. The knowledge we as leaders have imparted, and seeing them use it. It really makes one proud of their members!

Have you ever considered quitting?

Where to start. As a staff sergeant,A? I was seeing people come in and I’d see them at lieutenant a week later, and I was stuck as aA?staff sergeant working my butt off.

When I was a sergeant and recruiting getting all the hate mail after sending out 40+ messages a day, it just made me feel bad. When my recruiter quit was an instance as well. He was a good friend, but it wasn’t for a bad reason, as he was joining the navy.

I wanted to get a couple of division of transfers just because of all the drama that was going on at the time. Most recently, when I was general, I changed game types for my squad and more than half my squad quit or transferred, and I was in a dark hole for about a week.

Thankfully my members helped me out of it, and then I got promoted all of a sudden and had more things to worry about.

It’s been quite a few times, but unfortunately this community won’t let me go!

What does the future hold for TI?

Let me put it simply. Short-term is to stabilize and grow, fill in the massive gaps in the ranks, and recruit solid members who are willing to learn!

l guess I would say for long-term would be to formulate a division split and get TI back to its former glory we were once known for!

Do you have any regrets?

The only thing I would consider changing, which was a bit out of my control, would be being the only 7, with limited resources, as well as not really having all of the necessary tools.

The only other thing would be not having an Xbox One at the time and the only reason I didn’t is of course — because I’m poor! 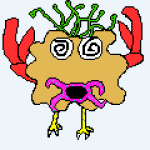