This wasn’t just another interview. This was a reunion brought together because of KSI Izzy 7.

When you find out an old friend is now a Co-Founder you can experience such an overwhelming taste of happiness. To think he was just a random Co-Founder KSI Izzy 7 suggested.

Talking to Green brought back so many memories that it felt like it couldn’t be possible. He’s only been a member since Feb. 2.

When asked about his achievements he said his first was winning a division-wide recruiting tournament. He also feels that becoming a general was a big milestone, but the bigger milestone was becoming a Co-Founder on March 19.

His goal is to be in the KSI Hall of Fame and become a member on the Board of Directors. And eventually CEO of KSI.

You experience a lot in KSI. Green experience a rarity that is hard to get to now a days. KSI Green 7 helped with the division split of ES that helped create LW.

He works hard as a Co-Founder, even if he hasn’t been one for very long. He makes sure everyone is posting on the forums, and that his members know how to recruit and train properly. He’s inspired so many members beneath him to achieve higher positions in KSI.

Even when he’s not doing direct KSI activities he is still doing KSI related stuff. He sits at night on the KSI forums page studying and learning new stuff. Quite a hobby you have there Green.

“KSI is one of the best things that ever happened to me”  Green 7 said.

KSI has taught him social skills, such as public speaking and social interaction.

Green would like to give a shout out to KSI UBeeBashin. If it weren’t for UBeeBashin recruiting him, he wouldn’t be here today. 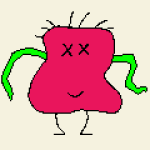