Launched April 7, 2015, over 18,000 people have downloaded Rainbow Six Siege. still over 2,302.8 more people downloaded the game. Is it still popular, and what’s keeping it going?

When the initial trailer came out, people got excited about the FPS and graphics. The engine used by Rainbow Six Siege is AnvilNet 2.0, this is Ubisoft’s own engine. however, they also used RealBlast for the use of destroying objects. This is one thing people got worried about was the ability to blow up walls. Nobody knew how it was gonna work, or how broken it was gonna be.

In addition to this, people were not worried about the weapons in the game. They were worried about it being overdone, the hype was too real. Before Rainbow Six Siege came out, there was ghost recon Phantoms and Splinter Cell Blacklist. When they announced it would be an online-based game and showed trailers, people thought it wasn’t going to be great because of past graphics. To this day the most overpowered gun is the Vector .45 ACP, the submachine gun used by Mira and Goyo. In PVP this weapon has 26 bullets in each mag, with a max of 150 bullets altogether. In the terrorist hunt it also has 26 bullets in the mag, but 225 bullets altogether.

Not only are there guns, but there are also drones for attackers and the operator’s different abilities. From blowing up walls, and deactivating the other team’s ability. For attackers, you have people like blitz who use a shield. If you get close to an enemy you can blind them like a flashbang. IQ who has a wrist gadget can see the defender’s gadgets and even cameras that are already on the map. A good beginner’s operator if you ask me.

Talking about the other team, they have to protect different objectives. The bomb site, the hostage, even the area they’re in the defending. They can defend themselves by using barricades or with the abilities they have. For example, Mira is able to put a one-sided mirror on a wall, or barricaded wall to where she can use it to see out. Another is Valkyrie, who has her own camera where she can place it on the inside or the outside of the building. Used to see when enemies are coming close, this is great for callouts.

What’s the main reason people keep coming? The main reason they keep coming back is because of the special events R6 usually has. To add to this, people keep coming back because of the competitive side. Not only do you not know who your opponent picked, but you never know what they will do next. In my opinion, it’ll be a couple of years before rainbow six siege dies down with them coming out with new things from time to time. Like new operators, a new event, or reworks of a map.

The new program for competitive gaming in colleges, which started back in July of 2020. The Rainbow Six Siege collegiate programs are going to give players even bigger the ability to be able to earn a scholarship and even competing against other colleges. These colleges will go head to head in tournaments and have a chance to win a cash prize of $30,000. We hope that this sparks more excitement for the game, eventually grows the player base and more competitive players. 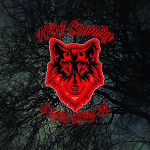