Assassin’s Creed Valhalla was one of the most advertised and anticipated games of 2020. With Ubisoft cutting back on how many games they release each year, it was no surprise there was a ton of thought that went into the creation of the game. The use of graphics and the core gameplay show the creative thought that went into it. While this is true it feels like some crucial parts of the game were put on the back burner.

Loads of bugs were found within the first month of the game’s release. This game has one of the best series lines on the cover, however, does it really upload to the long legacy of stunning games before it? Or will it be just like some of the other games swept under the rug that we try to forget? In this review, we’ll be looking at the core parts of the game, the lore, and the purchases you can make through the game. Has this game been a glorious masterpiece, or will it already be going to Niflheim?

We’ll first be talking about a crucial part of any game, and could change the pace if not done right: gameplay. Assassin’s Creed Valhalla is full of content, with players having 100s of hours of gameplay at their fingertips. With massive, white mountains you can climb and deep, dark seas you can swim. Looking on your map you can see the massive scale of the realm they created, able to explore high and low with landmarks around the corner.

There are four places you can go in the game, which gives more variety to the game and keeps the players entertained. We can see 2 of the nine realms from Norse mythology: Asgard and Jotunheim. Asgard shows a vast world in which you are the legendary Odin, just as said in mythology. Jotunheim, which is said to be an extremely cold realm, is beautifully showcasing a layer of white snow and massive wood buildings.

With more quests in each new world, it gives the players time to admire the effort the developers put into the engine to create the amazing terrain. The fighting in the game is intense and makes you think about what moves to do. With different combat variants, it gives you numerous ways to attack your opponent. You can slay your enemies on the land, sea, and horseback. It allows more freedom to fight in different environments and improves the quality of life in the game. Over on an environmental aspect, the game did an incredible job. If you care most about the characteristic, I strongly suggest you purchase if you haven’t.

With every cause, there’s an effect. While the environment and the previous qualities are incredible, the world is not all rainbows and unicorns. The gameplay at times does not look good due to the parkour in the game, there were continuous times where I’ve climbed onto a wall, and then the game takes me off of it. The developers need to work on how Evior latches onto walls and objects around him more before they worked more on the graphics. This fix could’ve made the game smoother, and have a better experience playing.

The fighting of the game is good, but if you’re comparing it to other games in the line it’s just the same movement, with nothing new. No special attack, nothing interesting that might catch your eye. The whole quest system is admirable, however, you could be soft locked out of a quest. Sometimes the NPCs in the game glitch out and won’t let you finish the quest. This can become increasingly annoying, and over time make a player not feel a need to get on to finish what they were doing. Overall, the gameplay does have its flaws however, this game still needed to be worked on before its release date. In the end, it felt rushed and unprepared.

A crucial part of most single-player games is the story and lore of the game. with the franchise this game is under, this is no exception. The Assassin’s Creed lore in all is made with care and deep thought, bringing a massive fandom in its creation. Before I do go more into the story, I will be giving a warning. If you haven’t seen the game or played it, there are spoilers ahead. You have been warned! The story of Assassin’s Creed Valhalla’s is good and bad at the same time.

Like we saw in the last game, we see the Isu civilization from the main character’s point of view, like how we saw Atlantis from Kassandra. In this game, the storyline works well with the goals it achieves. It pulls you back in closer to the end, where takes a dark turn fast. It’s a nice change of pace from the whole game and gives Eivor a new meaning in the story, saving their brother and finding the true origins of their brother’s past.

This campaign was one of the more intriguing campaigns I’ve played, of course, with the story it ties in well with the Viking aspects and still maintains the brotherhood through the length of it all. In total the story is impressive. Yes, there are a few things that clash with the timeline, but it has a great story full of adventure. The only major gripe I have with the story is that it feels like you play as a side character, which dims the light on the character you’re playing. You help your brother with making useful alliances, you help your brother find his interesting past. The majority of it is helping your brother come to terms with where he’s at. Overall the story of the game is decent, furthermore, I could recommend this game if you’re looking for an intriguing story in the end.

Assassin’s Creed Valhalla like many other games in the series. With this game, they took a turn for the worse with the packs you can buy with Helix Credits. Helix Credits are in-game currency available only by spending real-life money. With this currency, you can acquire various weapons and armor sets for use in the game. The purchasable in-game items are too strong and overpowered creating a pay-to-win scenario. Players can cruise through the game just by buying the right gear from the store. There’s an armor set that gives you health if your sword is on fire, which makes you almost immortal.

This changes the whole playstyle of the game and makes the challenging game turn into a play pin for yourself. In other Assassin’s Creeds, however, you never had something this powerful to get due to an in-game purchase. With Valhalla, they have allowed the game to be played the developers still wanted. It’s upsetting to see such a vibrant game get tainted with in-game purchases that changed it into a pay-to-win. You might argue it’s worth your money. With good armor nonetheless, you can’t re-play the game and turns everything easy. It was a terrible road to take for it and is a downside to the game in all. 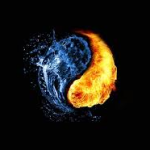