Warframe was a PC game first introduced on March 25, 2013. It was then introduced on the Xbox One on September 2, 2014. I got an Xbox One for Christmas in 2016 and was introduced to the game a month later.

When I started the game, I had to choose between 3 Warframes: Excalibur, Volt, or the Mag. On each Warframe, the player uses four powers they get from collecting energy in missions by holding the LB button on the controller and choosing which ability they want to use.

The Excalibur powers are Slash Dash – dash between enemies while slashing with the Exalted Blade; Radial Blind – emits bright flash of light that temporarily blinds its victims; Radial Javelin – ejects spears towards its victims with enough force to impale them to walls; Exalted Blade – summon a sword of pure light and immense power.

The Volt powers are Shock – launches a shocking projectiles. It stuns and deals high damage to a single target and chains damage to nearby enemies; Speed – energizers Volt and nearby Warframes, giving them increased speed and dexterity for a short time; Electric Shield – deploys an obstacle of energy that provides attack deflection in any situation; Overload – emits an energy field, destroying lights and other electronics which will explode and damage enemies.

The Mag powers are Pull – drags enemies towards Mag with magnetic force, stunning them and bringing them into melee range; Shield Polarize – restores or depleted the shield of surrounding targets depending on whether it is friend or foe; Bullet Attractor – strongly magnetize a target enemy, causing bullets that pass nearby to change direction and strike direction and strike the enemy; Crush – magnetize the bones of nearby enemies, causing them to collapse and explode.

As I progressed in the game, I went to the Marketplace in my ship and bought blue prints to get new primary, melee, and secondary weapons. As I completed missions, I received objects that allowed me to build the blueprints.

When the player first begins, they will start on Earth and  will have to do about five to 10 different missions, which vary from Capture, Mobile Defense, Exterminate, Defense, Survival missions.

Once the player completes some missions around the world, they will be faced with a boss mission. Some boss missions will be harder than others, but once the boss is defeated, a new planet will be available.

The ranking system is one of the most confusing parts of the game.

The player will have to reach rank 10 to be able to rank up and it gets progressively harder to rank up. The amount of experience will increase also as the player moves up rankings. The quickest way to rank up and get experience is by always having upgrading as the game progresses.

When the player first starts Warframe, it will be a pain in the neck if there’s nobody to help out. However, once the player has a few missions under their belt, the game becomes very rewarding. It’s worth the price of purchase. 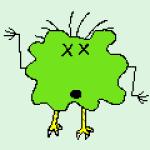