As a gamer, I believe that a game requires a good story line at least 90 percent of the time. “The Walking Dead: Season One” has far surpassed what I was expecting from a new group of developers I hadn’t known much about.

The amount of emotional pain that can be experienced when your favorite character dies is a pain that I hadn’t experienced before this series. It’s almost as if you are standing among them, making your own choices and trying to survive.

The gameplay is also surprisingly smooth especially considering that there is still combat in this game. Whether it be quick time events, or just trying to mask a button, the game stays smooth and can execute commands accordingly.

The graphics in this game are like none I’ve ever experienced before; they were more cartoonish in contrast to them having very realistic and smooth art styles.

I cannot say this art style was a bad decision by any means, if anything, it kept players from feeling as if they were playing The Last of Us. This art style has also become very signature to Telltale Games, it has followed them into “The Walking Dead: Season 2,”  “The Walking Dead: Michonne,” along with a few other popular titles.

Although the television show is a completely separate story line from the game. They both manage to maintain very interesting and captivating stories. Therefore there is no lack of interesting events in each way you can experience this zombie-loving trilogy.

Even if Season 1 is a moderately old game, it still has a priceless story, great gameplay, and those lovely heart stopping conflicts that are still reoccurring in Season 2, which I will also make a review on later this month.

If I was required to say one thing about this game that I didn’t exactly enjoy, it would have to be the lag that I experienced when I purchased Season 1 on disk for the Xbox 360. This became such a problem that I was not able to complete part of the first episode, due to the fact I would die every time because the lag would essentially freeze the game whenever I was prompted for a quick time event.

The moral of the story is, if you can pick up this game possibly for PC or get a digital download of it on a console, I would highly recommend doing so. 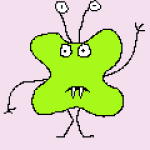