A great game is revived for the next generation, Star Wars: Battlefront.

Star Wars: Battlefront is a remake of the same game, which was released on September 21st, 2004 for the PlayStation 2, Windows, and Xbox.

This re-release is developed by E.A. D.I.C.E. and is published by Electronic Arts.

Star Wars: Battlefront is a action, shooter game and will be both single player and multiplayer.

In the game, you can play in the first or third person point of view unlike the others in the series. You cam travel to many of the planets in the Star Wars Universe for battle, along with playing as the iconic characters such as Darth Vader, Boba Fett, and Luke Skywalker.

The weapons, gear, characters, and abilities are all customizable in game. Star Wars: Battlefront’s online multiplayer can hold up to 40 players on 12 different maps, which will feature the planets Hoth, Tatooine, Endor, Sullust, and Jakku.

The first DLC will be called “Battle of Jakku”, it will feature two maps on the planet of Jakku. It will be released on December 8th, 2015, but for those players who pre-order the game will get early access to the DLC on December 1st, 2015.

If you are a die-hard Star Wars fan or just a casual gamer looking for a game, this may be the choice for you. 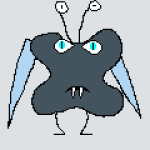