The following is a personal narrative from KSI CEO FuzzyMeep 7. This is the story of him joining KSI and moving up the ladder to General of a squad. This is his Road to General. What is yours? What will be yours?

This was a normal day. I have always had people to play with and 100 friends on Xbox since my Halo 2 debut in 2006. But two of Gargagins new friends joined up, KSiXdethden and KSI space, Major and General of Heat FS.

Mogarman and I were — as dumb as this sounds — scouting out areas in the map we wanted to utilize in our upcoming Machinima “Robot Spartan,” and these new kids were doing nothing but annoy and distract us during our attempt to plan. We exchanged some words and when I was unhappy enough and not being host of the game, I bounced and made my own game to continue trying to project my mental machinima on Avalanche’s scenery.

Push forward about a hour, Mogar hit me up again and told me to rejoin the game. Remember, there was no party system back then, just snail mail. I was satisfied with what I found went back.

There were a few more people and Mogar convinced the game to play some Big Team Battle. Well, as pissy as I was to the KSI people for wasting my time previously, I took full advantage of a full BTB lobby.

While gaming I met several KSI people and added some of them up, starting to get along with my future recruiters. We won a lot games.

While playing, dethden and space kept bringing up joining KSI. Me being me, I didn’t really give it much thought. When the game session ended, I was asked to join again and my argument was me and my brother (FuzzyMeep Two) always ran with Pink Frownys as our symbols on Halo and Call of Duty. I would not change it, so my future major offered to make me a one month account.

The gamer tag was FuzzyMeep One (going along with my tribe of FuzzyMeeps, FuzzyMeeps Zero through 6 and MeepMyFuzzy). The only stipulation was to boost him in Halo 3 team doubles. (I was a 47 on my FuzzyMeep GT).

So i agreed, figured out my risk-benefit to the proposed idea. On one hand, I get a free tag that I get if I just need to play doubles with this kid and boost him up, and the downfalls were nothing, really. So I decided to take his offer.

While gaming with him, I started to meet other KSI guys, and when he was to get off, I joined up with some other Fire Storm (FS) guys from a different squad, and I had finally decided to join KSI.

I asked if i could join Heat and all the guys I was with were not in Heat, so they got me to join their squad. (I forget what squad it is for the life of me)

The next day rolled around and I got with dethden again for our doubles session, and I informed him what I did. He said something along the lines of a guilt trip for joining a different squad after he used a free one month account and was the first KSI guy I met, so I did what anybody naturally should have done and deleted the other squad tag, removed my motto and changed it all to Heat FS without informing anyone in the other squad.

As we continued to game, I asked more questions about KSI, the squad, the division, discussed making my machinima group an affiliate of the community and so much more that by the time we stopped talking KSI, I was already sold.

I wasn’t sold on the whole concept of KSI, but sold on the idea that I would be able to out-lead my General and Major and I could be in charge of a whole squad. I changed my name for FuzzyMeep One to KSI FuzzyMeep and the deed was done; my Major and General made me the 3rd captain in the squad, even though I joined less then a week prior, and gave me my first taste of leadership and “power.”

Only weeks later, my General and Major left the Squad, created their own community and started poaching along with some other Generals and officers from all around FS. I heard they were blacklisted, but I didn’t fully understand what it was. Basically no one was going to tell me who I can and can’t talk to, so naturally I hung out with my former officers — all while still in KSI.

I was met with by my Co-Div Apollyon and my Senior Co-Founder Jvav, and they informed me on what they did, what a blacklist was and how it is not me avoiding the blacklisted members, but it was me re-purposing my priorities back to the squad. That made it easier, and made me less anti-authority, so I ceased conversations with my recruiters.

Being the highest rank in the squad, as you can guess, I didn’t know shit. I was not on the forum, I was on our our division site, KSIFS.com, and all I did with my guys was game and recruit.

Fast forward a week or so, I started bothering my divisional staff and other Generals in a game night on Halo 3 – Foundry, stating that I needed a Major or a General, which in truth I did, but in reality I was trying to plant seeds for them to promote me.

Again, I had only been in two weeks and was the highest rank in one of the oldest squads in KSI. So instead of moving me up they, they brought over a Major from another squad named KSI Sonic V2. This is when I got invested in KSI. This guy was hardcore KSI and hot shit, so Mogarman (not in KSI yet) and I just gamed with him.

After almost a month of being in KSI, Sonic V2 offered me a Major rank in Heat on the condition that I crouch walk aroundHalo 3 – Sandtrap. There was no toggle crouch back then, but as I did it, him and Mogarman would constantly throw grenades around me and they almost hit me with a car.

Still, the rules were ifÂ  I stood up, I would have to restart. So I did it despite them trying to screw me up, and I got promoted.

I started to learn and understand how to run meetings, who I should hang out with to move up and what to do to make the squad more efficient. Then, all of a sudden, my General and my buddy Sonic V2 got drunk and decided, “Screw KSI,” and hit the squad on the G14.

He woke up the next day, got blacklisted and denied the entire thing. He stated his friends deleted it and that he had former KSI members over at his house who he went to school with and he had no part in it.

He created a court case and I finally made a forums account and decided to make a strong argument for him in the courts, using macro-to-microcosm arguments. Like, if a friend stole your keys and drove your car and crashed, it would not be your fault for assuming no one would steal your keys in a trusted group and therefore it was not his fault his G14 was hit. It was more just him being irresponsible and not having trusted friends.

I got banned from the courts after being on the forums for 3 days. By the time I was un-silenced, the case was long and drawn out, but he was un-blacklisted and given a last chance.

He didn’t come back to Heat; he was sent back to his original squad as a Captain and General of Heat was bestowed on me.

The great senior Co-Fo Jvav and Polly told me I was getting a chance to be a General. I had strong leaders under me, some of which ended up running and creating other divisions, and I was ecstatic. My new motto read “KSI Heat FS Gen.” and that was that

So to sum it up, I met KSI because they joined a custom game I was in. I joined because I was lured with a free tag. I then joined a squad and erased it the next day to join a different squad. I boosted my Major to a 45 in team doubles, changed my name and was given 3rd Captain.

My thought process was always to outrank my superiors. Then my superiors left and hit the squad and within two weeks, I was in charge of the squad.

Sonic V2 came over and I was moved to Major. Two weeks later — 1 month KSI time — he was blacklisted and I was again in charge of the squad as a Major. I finally made a forums account, was banned from courts for being a know-it-all who didn’t know anything, and then I was promoted to General over Heat.

Oh, and by the way, Sonic absolutely hit the G14, but then ended up coming back and was a high leader in SF later on under me for quite awhile, and I still talk to him and Mogarman to this day

Point being, my route to General was screwed up. Short, confusing, trust-defying and power-hungry, and I got banned from the courts much faster than most do.

But without that… without all those people destroying Heat, without being banned and being scolded, and without my authority defying free spirit, I would have never gotten to that position.

I would have never done a lot, and who knows? KSI may be better or worse for it.

People change, people grow, people become better or worse from experience, but someone took a chance on me when I didn’t meet any qualifications besides my cunning personality, and it worked out for the better in my opinion.

So take a chance on people and don’t be afraid to try.

This was my road to General. What’s yours? 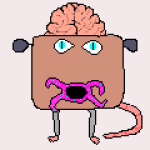