The following story was originally posted on August 15, 2014.

As we all know, there are many factors that shape the direction and pace of KSI. It could be a new Call of Duty or Halo title, or something new could come out and the masses flock to it, but in my opinion nothing will impact KSI as much as a console upgrade.

Like it or not and for better or worse, the Xbox One is here to stay. Microsoft has already confirmed that it is shutting down more and more servers every month on the 360 to devote more resources to the One. If you believe the rumor mill, it seems that around 2016 they will be shut down all together.

If the past is any indication, 2 years after the 360 came out the original Xbox servers were shut down. So what does this mean for KSI?

First off, KSI is a very resilient and thriving community that adapts to change. When the Xbox One came out on day one there were plans in the works to get a project squad started to test the waters.

I should know; I was General of that project squad in IO.

Other squads began to emerge all throughout KSI. Many didna??t make it and were absorbed into the ones that stood the test. Eventually three of those squads from different divisions came together and formed the first Xbox One Division, Elite Forces consisting of Shogun, Legion and Assassin.

The rest will be written in the history books, but if the current activity is any indication of things to come I think KSI will be just fine.

To start, the Xbox One has far improved graphics, and really who doesna??t love all the detail of watching a perfectly timed headshot?

Currently the party size on the One is 8 people, however rumors have been flying around from release that the number could go as high as 32 people. That seems like a lot, but could be very helpful for meetings and open the door for squads in Battlefield or other new games that come along the line.

Also it should be noted that there is no way to communicate in a party between the 360 and the One.

A major issue right now is that there is no way to currently send voice messages to your friends on the One, so text messages are the only viable option or just starting a party and actually talking to them.

The Forums and apps like Kik messenger have been very helpful to the One Division as methods of communication and this could be a dramatic improvement for KSI as the Forums will be utilized more often improving the flow of information.

The Xbox One is far from perfect; it has many system updates some of which tend to do more harm than good. Luckily these issues tend to get fixed in a very timely manner and you may never notice it even happened.

Another big negative factor for us in KSI is currently there is no motto and bio on the Xbox One. Some people have taken the option where it allows you to show your real name in your profile and replace it with your motto, however it is far from mandatory.

Every day I see more and more people switching over to the One and asking for division transfers. With the recent price drop for the kinect-less system — not to mention the epic E3 coverage where the companies showed off tons of new exciting games — it seems more and more people are converting.

It really lets me know that the One is the future of KSI and although it may not be an easy road, it will make KSI stronger as a whole and we have proven time and time again that we can adapt and overcome anything as a community. 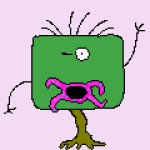