A couple of weeks ago KSI Vigilante made a topic on the forums, Inter-divisional Chat, looking to get to know KSI members outside of his division. In the topic, Vigilante said, “I find it far too often that people post only in their respected squad/division chats, and rarely get to speak to other KSI members.” A handful of other members went on to echo these sentiments.

This is somewhat unsettling to me, and weeks later I still find myself thinking about how it effects the bigger picture. Squads and divisions rise and fall in KSI all the time. When members do not get to know anyone outside of their tight knit groups, they essentially lose everything that they have come to love about KSI if that small area crumbles.

I have seen many members over the years end up leaving because they feel like they don’t know anyone anymore and find it difficult to move into a new squad. That is why it is important to spread your ties throughout the community and make friends in many places so you can continue to have a great gaming experience should things happen within your small group. It is better for individual members to be able to continue having fun, and it is better for KSI as a whole to have more members stick around for longer.

The first solution that came to my mind, which I suggested in Vigilante’s topic, was shared game nights. When KSI SweetTea 7 was the General of my Black Ops II squad, Paradox IO, she got with other Generals and organized game nights with their Black Ops II squads. It was a fun experience to get a little out of our comfort zone as a squad. It was nice to get to know KSI members from another squad in another division and share our own unique experiences with one another.

By the few reactions to this in the topic, I realized it wasn’t something that was all that common. This is something that should be done more throughout the community. If it can be done in a Black Ops II squad, which is an aging game with few squads left, it should be a cinch for Ghosts and Halo 4 squads.

I hope that this article gets this idea out there so more members can extend their friends lists outside of their squad lists. Let your Generals know if this is something you want!

There is another powerful tool, outside of squad level activity, for members to find new friends and stay connected. And here is the kicker – every single member has access to it. It’s called the forums. For me personally, and this is coming from someone who’s KSI tenure is longer than most anyone else can honestly boast, the forums have been a huge part of lasting in this community. If you are serious about sticking around for the long haul, get your butt active on the forums.

The ability to talk directly to everyone and anyone is invaluable. There are forum sections to talk about, well, anything. If you like sports, you can talk about the latest LeBron drama with other people who share that interest. You can make new friends with KSI members who also like that anime series you like. You can find any information, you can ask any question, get opinions, and share ideas. Not enough members utilize the forums, and they are missing out. 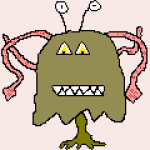