We all know that the new DLC has had some bug issues and won’t download for some, but for those of us who have been granted access to the new DLC for Advanced Warfare, should be, for the most part, greatly impressed. Havoc includes four (4) new multiplayer maps for matchmaking and one (1) new map for a brand new game mode, known as ExoZombies.

The DLC was released on Jan. 27, but we have had time to analyze the maps and I am personally impressed with how it runs.

The first of the DLC we will cover is called “Sideshow”.

Typically, we associate that term with the carnival or a circus, which is basically all that the map is. A freak show! You are pitted against players on top of a motel surrounded by every little boy and girl’s worst nightmares, the killer clowns. Don’t fret, the clowns are not able to cause you any harm (physically, at least), but it is definitely a shocking site that I personally found amusing. See if you can find Sideshow Bob!

“Core” is another nuclear based map, reminding me a lot of “Launch”from Call of Duty Black Ops (2010).

It is set in the Gobi Desert, in southern Mongolia extending to north China, and introduces a map based score streak known as the Decontamination Drone, obtained through a orbital package. When this score streak is activated, it will attack the closest enemy. Watch for campers and snipers, as there are an endless amount of places to set yourself up. Going in heads first is not the best idea with this map. Das vidanya!

Drift, similar to “Frost” from Call of Duty: Black Ops II (2012), is the next icy based map in this installation.

Surrounded by houses and corners, it’s the ideal map to use your “run and gun” classes, usually with an SMG or shotgun, but beware of the select long range areas that can leave you vulnerable. The map has the feel of Christmas, but watch out for that avalanche! When you’re not playing matchmaking or ranked matches, you and your friends can go to the merry-go-round in the middle of the map and enjoy yourselves!

The final map that will be covered is “Urban.”

This is the third map in the DLC that resembles a similar appearance or layout to a previous installment’s map. If you played Call of Duty Ghosts, then the dynamics will soon come rushing back to you. There is a police investigation going on and some areas of the map are impossible to reach, but don’t fret. After about 5 minutes of game play, the inaccessible areas will open up and you can explore a bit more. This map can cater to all classes, whether you’re a camper or a rusher. Personally, it’s one of my favorites!

You got a sneak peak of it during a bonus stage in Exo Survival, but now you can play the whole thing with the DLC. Exo Zombies is very similar to the traditional Zombies game modes from World at War, Black Ops, and Black Ops II. For those not familiar with the rules of Zombies, it is a round-based game mode where you… kill zombies! The goal is to stay alive for as many rounds as you can. The trick is to survive whatever tricks and booby traps that the AI will throw at you. Personally, I’m a fan of the old Zombies game modes from way back when, but Exo Zombies is definitely something worth more than the $15 for the whole package.

Unlike the traditional Zombies, the enemies seem weaker and both sides may use the newly introduced Exo Suit ( a feature of Advanced Warfare). You start with a pistol and some frags and work your way up the rounds, collecting points and upgrading your weapons. Care packages drop randomly for score streaks, and the Pack-A-Punch system is replaced with the Upgrade system. Also, players may become zombies. I really don’t want to spoil all the fun for you, so go out and buy the package, and enjoy the game for yourself!

While most of the maps could be seen as knock offs of previous installments’ maps, they definitely make it worthwhile, and Exo Zombies can provide a new love for the Call of Duty franchise, whether you’re an old pro such as myself, or a newcomer to the Call of Duty scene! 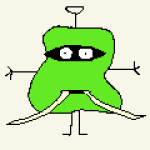