The AAP is proud to present the Marcha??Of The Montha?? winners!

The AAP Department congratulates the winners, as well as all who were nominated, keep up the great work and keep striving to improve! We also thank everyone who participated in the nomination process and hope to see you all when ita??s time for the next round of awards. 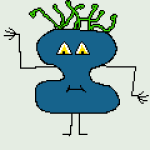