We had an amazing nineteen teams, participate in our Weekend Warfare this weekend, on February 24th! Congrats to everyone who played, you are the real MVPs. The tournament was intense, however, there were three teams who defused the situation.

Make sure to congratulate the winners and we will see you next time!

Sign up for the next Weekend Warfare, UNO tournament on March 3rd, 2018 here! 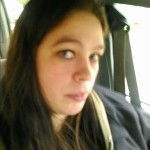