Monster Hunter: World is the latest installment in Capcom’s critically acclaimed Monster Hunter series. Shipping over five million units in just three days after its launch it is the fastest-selling and best-selling Monster Hunter game to date and has been on the top paid games list on the Xbox Store since its release. This is the first entry in the Monster Hunter series to be released on a Microsoft console outside of Japan. Previous entries were almost exclusively on handheld consoles and, considering that, these sales are pretty amazing.

Breathing Life Into The New World

After creating your character and their trusty Palico sidekick, the game opens to the interior of a ship full of a wide variety of hunters and handlers. The ship follows the crossing of the ocean by a great elder dragon on its way to “The New World.”  As the ship sails, a fiery mountain suddenly bursts from the water and causes the player character and their handler to fall from the ship onto the mountain. This mountain turns out to be the back of Zorah Magdaros, an elder dragon crossing the sea. Escaping from the back of the dragon by riding a Wingdrake, you get your first glimpse of the New World, where the game takes place.

Exploring the first area of the game, the Ancient Forest, it’s immediately noticeable how much care went into crafting the world that is the game’s namesake and making it feel truly alive. Not only is the game breathtaking, but each of the five explorable areas has its own unique, veritable ecosystem filled with life from the smallest of ants to gargantuan monsters and they all have their own role to play within it.

There’s a great sense of urgency when you’re in the middle of fighting an Anjanath, a large, fire-breathing tyrannosaur. It decides to run away. Most likely, to hunt down some of the large herbivores or find somewhere it can sleep to heal itself. Watching as a Rathalos, a giant flying wyvern, comes into the middle of a fight and suplexes the monster with ease that you’ve been struggling with is both frightening and satisfying. The interactions that all of these different creatures have with each other is what makes Monster Hunter: World stand out compared to similar games.

The addictive and rewarding gameplay loop has always defined the Monster Hunter series more than its story. Packed with an abundance of monsters, weapons, and armor, World is no exception. The core of the game revolves around going out to hunt monsters for materials to craft stronger weapons and armor to take on larger and tougher monsters. It may sound simple at first glance but evolves as you learn more about each monster’s elemental damage and weaknesses and craft gear tailored for certain situations.

One should treat each monster with the same care and planning as boss fights in other games. With 30 large monsters available to fight in the base game there is plenty of content to go around. I still haven’t fought all of the available monsters even after logging over 120 hours. To go along with this, Capcom has stated that all new content will be released as free title updates and the first new monster is slated for a Spring release.

There are 14 different types of weapons to choose from, each coming with its own unique and varied move set and expansive upgrade trees. It takes a lot of time and practice to learn all the ins and outs of each weapon type. Monster Hunter World also boasts over 100 different armor sets to choose from. Each piece of armor has different skills and resistances to help on hunts. Skills such as Earplugs, which mitigates the stagger from monster roars, and Divine Blessing, which has a chance of reducing damage taken, can really change the tide of a battle.

While previous Monster Hunter titles have had cooperative hunts, World is the first to have multiplayer available for every quest. The only exception is the introductory tutorial quests. There can be up to 16 players in a session at a time. Up to 4 people can go out on hunts together. One player would need to post a quest and then other players can choose to join it from the quest board. A new addition to this game is the ability to fire SOS flares. These allow people from any session to come and help on a quest by searching for them.

Multiplayer adds even more depth to the combat in Monster Hunter World. It allows for members of the party to specialize in support or damage roles. It may seem that going into a quest with multiple people would generally make it easier. However, monsters will actually be quite a bit stronger than in the same quest done solo. An ill-prepared party will struggle more than a single, well-prepared hunter on the same hunt.

A solid entry into the Monster Hunter series and a great game in its own right, World is definitely a game to check out. While the game doesn’t have an enticing story, the actual gameplay is some of the best in any modern Action-RPG. It feels more real and rewarding having progression in the game tied to a player’s skill and equipment. Much more rewarding than just a level that increases the more you play. If you’re not the kind of person who enjoys grinding for your gear or you just want to enjoy a good story then you may want to pass on Monster Hunter World. On the other hand, if deep, solid gameplay mechanics and boss grinding intrigue you then you won’t want to miss out on this game. 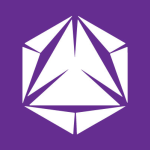