The love of gaming has to start somewhere.  This is my beginning.

My story started with one game.  Final Fantasy 7.

Final Fantasy 7 is what really started it all, in my opinion.  Produced by Square, and debuting January 31, 1997, it quickly showed what an RPG was meant to be.

Final Fantasy 7 was the pinnacle of gaming in its time.  The original Playstation’s graphics were amazing, and FF7 took complete advantage of everything that the Playstation had to offer.

Final Fantasy 7 is the story of Cloud Strife, former member of SOLDIER turned mercenary, and his path to finding himself.

With the help of the terrorist group who hired him, AVALANCHE, he begins his adventure around the world.  Along the way, they encounter many obstacles, and overcome them. The team also grows larger and builds a stronger bond along the way.

The mission through the whole game is to find Cloud’s former friend, Sephiroth.  As they closer to finding him, Cloud progressively starts to regain memories he had lost over time.  Eventually, Cloud finds out who he really is, compared to who he has been pretending to be.

Even for a game that is now 19 years old, I still find myself yearning to replay this game time and again.  It takes me back to a simpler time in my life, and I’m thankful to have something to go back to in order to reminisce.

For anyone who has the means and the want to play a game that may now be considered retro, I would definitely recommend Final Fantasy 7.  Blow the dust from the Playstation, pop in disc one, and play the days away with Final Fantasy 7.

For anyone who may find interest in Final Fantasy 7, I have only this advice:
Save often, and have plenty of time to devote to engulfing yourself in a story that will suck you in like a black hole. 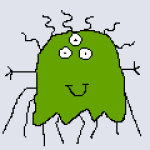