In the month of December, the News Team asked fellow members to write a short stories for KSI. Out of all of those who submitted, all of them met 300 words or more!! Although we only had a few who submitted, the work that was submitted was very well written. In third place we had an active participant, KSI TH3 BLAZ3! KSI TH3 BLAZ3 shares their story of KSI, and how they grew since a recruit and the challenges and fun times she encountered.

As any old tale goes, this one is my side of the story. How I journeyed from being the most quietest recruit ever to being one of the most looked up to from some people’s perspective. I began as a recent college student in a private college which was for arts and other stuff. I never spoke to anyone and I never had the courage to walk up to someone and just say, “Hey there!” So I was on my own a lot. One day while I was on my old 360, playing a game of Team Deathmatch on Black Ops, I encountered a message from a Sargent, looking for recruits for a community. I thought to myself, that seems promising for me. I’ve been trying to set up a clan myself but, seems like I can’t bring myself to even speak to people. So I decided to message back this person, saying I am interested. Thirty seconds later, I was in a party, getting Age Verified. I was 18 at the time and recently graduated High School. I had a small voice which was a bit hard to hear through having it and my cheap mic. As I was getting read the Code Of Conduct, I thought, “Wow. Is that all memorized?” I didn’t ask because I felt like it was none of my business.

The next thing you know, I was trained and ready to show up to meetings. Well, when I first got in it, it was a lot of people. I was internally freaking out. I do have a small hint of anxiety but, I overcame it. I was nervous about it. Then, I thought, maybe I didn’t have to say anything. And I was right, till the Questions section. When I got called on, I slowly declined that I have nothing to ask. But in reality, I had a million things to ask! So, we had a small gamenight but didn’t stay for long. Hey, it wasn’t so bad!

I went for a few Fridays. Despite the prank that was pulled on from Ayeloves and officers too about my “Violation of COC” that ended up in me being in tears. I laugh about it too sometimes. Those were the good old days. That was till I was hacked by a kid for no reason. Never trust anyone and I broke that rule myself. I was lost for a year. I still had my information in case I needed it. And god I needed it a year later when people over in another Squad asked if I was still here. So, I was new all over again, but at the same time, alone. But, as one faithful day came about having a nice split, oh yes I sprung up and spoke about it. I did meet a few friends and they were amazing! The General was kind, the second captain was a fun guy, third or fourth captain was chill and sweet. The Lieutenants knew me as well. That’s when I began coming out of my shell.

When the split happened, I was afraid of losing these friends. But deep down knew, they would still be there. I was moved with the new Squad that I run today. The General was a friend of mine which was awesome. He really did bust his butt with making it all awesome. But, good things do come to an end when things began falling apart and me witnessing all that died around me. I had that second captain position and wondered about the squad.

Few might ask, “Why be upset over something unimportant?” The honest truth is that, I cared about KSI. I cared about all of this. Sure there is a time that Squads die momentarily but, I wouldn’t let that happen. So, I began arranging more and more things to do. Began looking out for everyone and I didn’t worry about my own self but worried about the sake of others. Friends began to leave, bonds began to sever and there has been moments that even I questioned “Can I do it?” The life of a second captain wasn’t pretty. But, despite all those doubts, I still stand like nothing has hit me. Though, did speak to a few close people to vent what is going on. They all tell me the same advice. “Never give up”

This reminded me of the song “Never Give Up” By Sia. She is a very inspiring artist which has helped me throughout KSI for a long time. So, all of that effort has rightfully gave me a spot as a General. One rank I definitely hold up high. Titles to me do not mean anything as I once have been told but, I decided to embrace the rank and keep it for a while.

My story in KSI may not be as beautiful or a tragedy like others but, this is my personal experience and story I hold near and dear to my heart. My life in KSI is only just beginning. I dare not hope for the end and know there won’t be an end of me just yet.

As the year comes to an end, we would like to give a huge thanks to all of those who have participated in our SYTYCW’s! It means a lot to us when we see members participating, and is a huge highlight to our team! With the New Year swinging around, we would love to see more participants in our new SYTYCW’s! If you have any more ideas, please let us know! 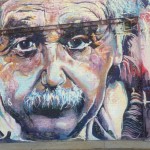