After picking which pirate you want to be you will then decide on the type of ship you want to sail the seas in. Sea Of Thieves also allows multiple crew sizes to adhere to your ship type . However, beware of the kraken lurking beneath the ocean’s surface, the other pirates hunting the seas and the skeletons waiting for you. If you are brave enough to sail the sea’s and find treasure and hunt down bounty’s then enlist a crew and set sail.

Once completely set to go you can pick up contracts from different vendors and set sail to earn gold by getting loot and other items.

Sea of Thieves has only been out since March 20th. Like any game it has it flaws which can really affect the way you view the game. Due to some sort of server problem or getting kicked out for inactively before you enter the server. A few of said flaws are the random errors you get after magically leaving the game. Rare has fixed many issues that affected game play tremendously and is continuing to improve the servers to better the game play for millions of users and future users.

An amazing recent release from Rare offering a different look into an RPG first person game. The best part of the game is the cross play with PC players! Adding a flair because it adds a whole new perspective to the words online gaming. Allowing you to play with your friends without platform restrictions. Other games should follow in the foot steps of Rare with the cross play on other gaming systems. 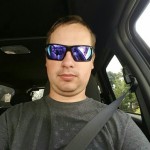