Grab your golden coins and slap on your pirate hat because Sea Of Thieves bringing us its biggest update yet! September 27th is the newly designated drop date!

The Forsaken Shores DLC introduces a whole host of new features and landmarks:

That’s right, the existing map will be expanded to include a new biome called Devil’s Roar. Players will have a choice whether or not to venture into this new territory.

A massive, volcanic island that will periodically erupt, launch rocks and cause earthquakes. Players will be boiled to death if they are not careful.

Small, low-profile boats which can help players cover short distances quickly. This is especially helpful if you are trying to bring a crate back to the ship or attempting to navigate the Devil’s Roar. Row Boats will be available for use in raids as well.

A new  type of merchant mission which allows players to progress throughout the game by moving different supplies from one place to another. Players will have to transport important cargo safely and without incident. Broken rum bottles, wet cloth, and dead plants are all signs the trip has failed.

Keep your eyes peeled for this new content! Sea Of Thieves is still available via the Xbox Game Pass. 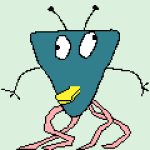