Niantic recently released another Pokemon Go! Update. Though, many fans are growing frustrated with their methods of releasing this update, most are generally excited with the new additions and fixes.

Among the new features being added are the eagerly anticipated buddy Pokémon system, as well as support for the Pokémon Go Plus accessory, which actually looks like it’s going to launch at some point this decade.

Also, warning for players with Jailbroken devices, Niantic will no longer provide access to Pokemon Go in the newest update for any players with hacked, jailbroken, or rooted devices.

The Buddy Update! How exciting!

Similar to hatching eggs, for every set amount of KM you walk, precious candies will be awarded. This is simply fantastic news for any players wanting to level up and evolve Pokémon that aren’t so easy to come by.

Better get those running shoes on! 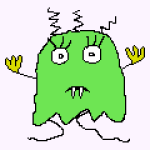