The turn out for this Weekend Warfare Overwatch: 2v2 Mystery Heroes Double Elimination was spectacular. It brought us ten teams to watch compete for the win. The teams were as follows (listed with team captain first, in no specific order):

The competition was fierce and it was easy to see that each team brought their A-game to this tournament. Round after round we saw rage, sweat, and stamina as each team tried to come out on top. Overall, each team tried hard but only one team could bring the victory home for their division.

Coming in first place was KSI Sinz and Its Snapy, and as a result, bringing it home undefeated for an EO victory. The rest of the standings are as follows:

This week’s Weekend Warfare had some amazing competition. EO brought home the victory this week. If you missed the stream and wanna watch it, you can view it HERE. Who will the victory go to next time?

What is Weekend Warfare?

Weekend Warfare is a weekly tournament that is KSI wide. This tournament allows other divisions and squads to compete against each other in different games and see who can come out on top. It happens every Saturday at 8 pm EST. Next Saturdays WW will be a Dark Souls 3: 1v1 Arena. Sign-ups can be found on the KSI forums HERE. 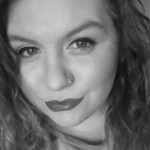