KSI does more for it’s members than simply provide a positive gaming experience, it helps develop leadership and social skills.

Welcome to my first article for the News Team. I hope through this I can help inspire some of you to consider taking the first step on the leadership ladder. Maybe we can all just be thankful for what this wonderful community can do for you.

I have been in KSI since May 2015. It is crazy to think that when I first was a recruit, I had no ambitions to rank up. I truly am involved with my squad. It is never even a chore, I game, socialize, communicate. This dedication is recognized and encouraged. In turn, I then nurtured and inspired people to follow my path of leadership.

The beautiful thing about a community is that it is made up of people who can be very different.

For example, in character, principles and game play skill and quite possibly in real life would never associate with each-other. However, despite these potentially vast differences, all bond over a mutual love of gaming and speaking to others who feel the same.

Further to above, being in this community over time and being a careful observer, I see many transformations of members. Many people take the community spirit truly to heart, sometimes not even consciously. KSI WinterMoth is the individual with the knowledge and skills necessary to take over my previous squad when I transferred.

With time, he became talkative and his personality truly shone. I am so happy to say he made a fantastic addition to my officer staff. I caught up with Winter to ask him about his experiences and how he felt KSI has helped him. Winter has been a general for around 5-6 weeks.  It was difficult to adapt his leadership skill and officer staff to deal with 3 times the members!

Joining KSI for Winter made gaming fun. He always wished to be in a community, a break from the everyday hustle and bustle. He felt that KSI improved his ability to word process. WinterMoth was Wrath’s secretary for a period of time before becoming the General. He posted and took notes on a regular basis.

I personally enjoyed watching his progression. To be able to see the end result of a confident, successful general with great interpersonal skills was amazing.

KSI W1CKED 7 is another senior officer who I always enjoy talking to and gain immense knowledge from. He is currently the Co Division Leader of Demonic Mayhem and has been in the community since September 2014.

W1CKED, as a recruit, was shy and unsociable. He felt KSI brought him out of his shell. Wicked declined becoming an officer when approached about it on numerous occasions.

In time, he noticed that he would do things differently to benefit his squad. He felt that being given the chance to become an officer, although declining at first, bolstered his confidence. It paved the way for him becoming the motivational, talented, and most of all, a dedicated senior officer.

I personally do not see any disadvantages of this fantastic community. KSI can provide members with so much more than just people to play with. It can offer sanctuary, competitive aspects, and a reality break.

We offer chances to utilize real world skill and valuable talent into the community. We have many programs that allow you to make montages, banners, write game reviews, and so much more.

In the words of the great leader Nelson Mandela: “There can be no greater gift than that of giving one’s time and energy to help others without expecting anything return.” 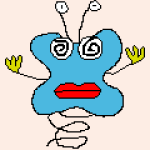