In February of last year, I received a party invite from KSI Ascend 7 to discuss the future of Achilles LW. KSI POLARB34R 7 was my general at the time. We were both asked if we would help out a struggling sister squad.

Hypnos, the squad I was in, was doing exceptionally well and had leaders to sustain it upon our departure from the squad. Achilles, the sister squad, was struggling due to a recent poaching altercation, the previous general and entire officer staff left to make another community. We knew it would be a lot of hard work, but went willingly.

Upon integrating to this squad, we soon began to realize that we only had 12 active squad mates. Our game type was Call of Duty: Ghosts. We tried everything to bring in new members, much to my avail recruits were very scarce.

I was promoted to general shortly there after, and I pushed to switch our squad game to Destiny. It truly felt like if a game switch wasn’t made abruptly, we would lose this squad completely.

Achilles switched over to Destiny and began to prosper. I remember the excitement when the squad finally broke 50 members.

Every new DLC brought waves of new recruits. We did raid wars with our sister squad “Hannibal”, which was also a Destiny squad at the time. We played crucible for hours and would help level up our squad mates light levels.  This kept our activity up.

Meanwhile, I got to know the members on a personal level. Our squad was very close knit. This contributed to the family atmosphere.

This is by far one of my favorite experiences in KSI thus far. This is where I developed my passion for the community and the people around me.

As a general, I listened to the wants and needs of the members below me. I felt, as a general, that it was my job to ensure happiness and boost moral. Keeping a pleasant atmosphere in your squad is a good way to make members feel appreciated. Then, there is nothing they won’t do to help their squad prosper.

First and foremost, being a general isn’t all rainbows and sunshine. You will go through trials and tribulations. Not every one will support the decisions you make, however you can not please everybody.

Sometimes members will leave. It could be because things didn’t go their way, or simply a controversial promotion. These actions do not demonstrate loyalty, and show that perhaps they weren’t doing it for the right reasons. I handled all issues with my squad, and rarely went to my divisional 7’s. I only went to them in extreme cases.

There were many great leaders that graced LW, such as KSI Collector 7, KSI Ascend 7, and KSI Muddygurl 7. They passed on all of their knowledge and instilled the KSI core values into their division. They are not only great mentors, they are great role models to any that looks up to them. All in all, these are some of my happiest experiences in this community. 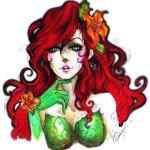