Blizzard showed off its new expansion for its very popular StarCraft 2 franchise to its beta users. A few lucky players of StarCraft 2 have received emails inviting them to the beta testing.  Beta testing is set to continue till end of June.

At this time a set date of release has not been announced.  Best estimates is end of 2015 or early 2016.

This third installment named the Legacy of the Void will build on the campaign and will go more into the background of the Protoss alien race.  It will span approximately 20 missions in length and will be set as a standalone title. The campaign will focus on Artanis as its main character.

New weapons and units are already showing up everywhere one by one in leaks and official announced content.  It is also said that they will be 5 new multi player units added to the game.  One of which is the return of an old unit the lurker.

As the beta wraps up and final touches are made to the game, a better estimate on this release will be made.

If you can not just wait head over the battle.net and sign up for the invite only beta test.  If you are lucky, you might just get a email to welcome you into the beta. 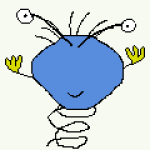