There are many components to a successful clan or gaming community. The most important component is members. Clan operations play a major role in the success and survival of any organized gaming group, known as a clan.

However, there is much more to a community than members; structure and organization also play an important role. Gamers from all over the online gaming community as a whole have come to expect such things. KSI has so much to offer to the world of gamers.

KSI Global has pioneered the online gaming frontier for computers and the Xbox.

Clan ops in KSI are squads and divisions.

The ranks of Recruit to General structure our squads’ membership. The need for leaders within these squads is dependent on the amount of Privates, Corporals, and Sergeants.

Squads and their need for leaders shape our divisions. Divisional leadership consists the ranks of Co-founder to Division Leader. Co-founders normally oversee 2 squads.

KSI has successfully developed a ratio that determines how many officers are needed for a squad and division; a ratio of 10:1 or 10 members to one officer. For example, a squad of 50 members is entitled to ideally one General, two Captains, and two Lieutenants.

This ratio helps ensure that each member in KSI is taken care of in terms of gaming, attention, and communication. We are still working to meet to this ratio across a decent amount of KSI. Therefore, we can always use more leaders.

Although Staff Sergeants have always been viewed as officers, they were often seen more as officers in training. Over time, the definition and expectations of a SSG has fluctuated.

The Board of Directors set out to set the standard for SSG. Every SSG is still to be actively participating on the forums for their squad and division. However, Staff Sergeants have taken on a more proactive role. Staff Sergeants are the front line to introducing and integrating new members.

Each squad should have a leader known as a General, who is overseeing an Xbox gamer tag that we refer to as a squad tag. This squad tag helps the members of the squad keep in touch.

Generals are responsible for the safety and security of their members, as well as provide a fun gaming environment. These leaders shape their squads and build leaders beneath them while learning from those above them.

Every rank in KSI Clan Ops is extremely important. This is a community by the people, for the people. Therefore, the people are what make KSI what it is.

Don’t forget! We still have Department Operations and Web Operations that also impact this community. There will be more to come of that in the future. Stay tuned! 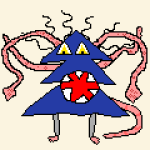