Every so often we take the time to recognize influential members and leaders in the community. This month, we’d like to recognize KSI Scotland 7 (Known to some as Scott or Scotty), KSI’s Chief Department Manager.

I recently had the opportunity to interview this fellow leadership star and community member, KSI Scotland 7. It was both informative and fun. When I finally got together with Scotland, I didn’t hesitate to fire off a multitude of questions. I ended up learning plenty.

I asked him, “How does it feel to be featured in a KSI News Article”?

He said, “I feel warm and fuzzy, maybe a little molten. My heart is certainly melting a bit.”

When went on to talk about some of his peers and who has been an inspiration for him.

When asked, “Who is someone that has influenced your KSI career?”

He responded, “KSI Impyy has showed me that with Department Ops you have to have flexibility and an open mind. Everything can be revamped or made better. KSI Jupiter was also a great influence. I was taught by Jupiter that no matter your rank or position, it does not mean that you act different. Be yourself, have fun, and always remember that everyone is the same”.

At a point during the interview, I went in with some more casual questions.

I asked, “What is one of your biggest personal goals outside the KSI community?” I also asked, “If you could be any video game character, who would you choose and why?”

Without hesitation he answered saying, “My biggest goal right now outside of the community is to start a family of my own one day. In regards to the video game character scenario, I would have to choose Masterchief. I choose Masterchief because he never seems to truly die, no matter how many times I take him down.”

After interviewing Scotland it became clear as to why he has made into leadership roles within the community. He is both intuitive and humble. He clearly pays homage to those who have influenced his decisions and thought processes within the community. This in turn has led to him being promoted to the Board of Directors and Chief Department Manager.

I enjoyed Scotland’s sense of humor, especially in regards to the Masterchief question. All in all, Scotland has been an amazing addition and contributor to this community. Helping to maintain KSI’s structure and high standards throughout its ups and downs. I greatly look forward to see what else this guy has planned for Department Operations and for the community as a whole.

Make sure you keep your eyes open and your ears to the ground for the next opportunity to recognize other members in the KSI community. Be sure to nominate them next month for September’s Monthly Spotlight! 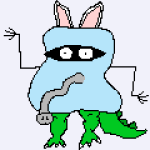