Saturday Feb. 20, KSI Tournaments and Events held a Free-For-All-Mania on Xbox 360’s Black Ops 2 and Halo 4. This FFA was continued on the Xbox One’s Black Ops 3 and Halo 5. News Team sat down with the winners to discuss the participant’s Weekend Warfare history and experience.

What made you take part in this Weekend Warfare?
Syther: “Doing them to be competitive and to kill it just fun to me.”

Which one did you take part in?
Syther: “Back in Advanced Warfare and Black Ops 2.”

Do you enjoy Weekend Warfare on Black ops 2?
Syther: “Yes, I did, the waiting was ridiculous but it was very enjoyable.”

Any suggestion you like to make to member who would want to take part in Weekend Warfare?
Syther: ” Sending Messages out to get member wanting to take part, also getting a team together for more new members taking part so it’s not the same people over and over again.”

How Does it feel to win UK Black ops 2 weekend warfare?
Syther: ” Feels pretty good being the win back to EO.”

Would you like Weekend Warfare to be more in timed with UK time?
Syther:” Yes, I prefer it to be on UK Time just for myself being in a Destiny squad and just it makes time for me to participate in Weekend Warfare events.”

Any details about the Free-For-All and how it went?
Syther: ” It was very intense in both matches incoming in range of winning was two kills apart.”

If you could describe the Weekend Warfare in three words what would they be?
Syther: “Excitement, Intense, and Fun.”

How does it feel to win the Black Ops 2 Weekend Warfare?
Angelz: “Felt good, I’m not taking all the credit to myself i wanted to give a shout out to Vortex and Wicked Intent for helping me with this event!”

Do you enjoy the Free-For-All for Weekend Warfare?
Angelz:”I did, It was a lot of fun to me but, my anxiety  caught up with me in the first match but, in over all i really enjoyed it.”

How many members took place in Weekend Warfare?
Angelz:”Over all I’m not sure about eleven people, it was a lot of spawn trapping in the process.”

Would there be anything different you would like to change in Weekend Warfare?
Angelz:”Give other people a chance as I mean more rounds for member to play.”

Will I be seeing you in Weekend Warfare again?
Angelz:”Definitely i will be their as much as i can.”

Do you have any tips for other Black ops 2 Members?
Angelz:”Keep playing with your highest motivation possible, just relax when playing it not a test, keep focus on your gun skill and keep your head up and keep trying!“

Any details about the Free-For-All and how it went?
Angelz:”It was difficult a lot of spawn trapping when you were playing. A lot of fast movement so you had to play with the beat of the game to keep up. It was great to see everyone there and having fun!”

If you could describe the Weekend Warfare in three words what would they be?
Angelz:”Encouraging, Challenging, Enthusiastic.”

How does it feel to Win the Free-For-All Halo 4?
Breakfast:”I was Excited, i was shocked that i have won and was just a rush to have that feeling!”

Did you participate before in Weekend Warfare?
Breakfast:”Yes, I was in the Swat 2v2, 3v3, this free for all, team slayer, also turkey bowl!”

What made you pick Halo 4 for the Free-For-All?
Breakfast:”Halo 4 Always been my main game,when it was my Halo 3 days I was a pro player until this day i play halo i really enjoy the Halo series.”

Is Halo 4 your favorite Game?
Breakfast:”Yes by far, that shouldn’t even be a question!”

If you could suggest an idea for Tournament and Event to improve Halo 4 Events what would it be?
Breakfast:”Probably more organization for the time,running it just getting more people involved into the game itself especially the time, like how turkey bowl was that was must a crazy mess.”

Do you have any tips for other Halo 4 Gamers?
Breakfast:”Yes, I recommend using the battle rifle because it’s a four round burst then using a DMR that a five shot. Its easier to get kills with the Battle Rifle then it is to the DMR. Also I suggest getting turtle beach headset the sound quality is better to hear the footsteps of your enemies.”

Any details about the Free-For-All and how it went?
Breakfast:”It was Intense and nerve-racking so many shots and grenades coming at you and having to miss them so they don’t hit you. It was a Very good match and playing with everyone.”

If you could describe the Weekend Warfare in three words what would they be?
Breakfast:”Exciting, Competitive, Powerful.”

What is your favorite game mode?
Breakfast:”Team Slayer.”

Do you have any extra comments you would like to say?
Breakfast”:”Can I Make an Omelet for Breakfast?”

Why did you pick Black Ops 3 over Halo 5?
Danger15: “Because, I play Black Ops 3 way more but before KSI I had a Playstation so Black ops 3 was my choice of game.”

If Black Ops 3 was more on Weekend Warfare list would you take more part into it?
Danger15: “Definitely, I will take a part in more Weekend Warfare now. It another fun part within KSI.”

How does it feel to Win Black ops 3 Free-For-All?
Danger15: “Fun. just took part into with other KSI Members Felt good to play with other members, difficult but yet fun experience.”

Do you have any Tips for Black ops 3 Players?
Danger15: “You have a bad match, you’ll have a good match. Confident is key , KSI Changed that for me to look at the brighter thing when things go for the worst.”

What your favorite game mode?
Danger15:”Team-Death Match Core and Hardcore.”

Any details about the Free-For-All and how it went?
Danger15: “It was very intimidating reason why there was 7’s in their also I didn’t know how well they were. I just enjoyed every moment of it!”

If you could describe the Weekend Warfare in three words what would they be?
Danger15: “Fun, Entertaining,Challenging.”

Why have you decided to pick Halo 5 Free-For-All?
Pride 52: “Well, I don’t have a Xbox 360 so that rules out the other two games for Weekend Warfare. Also, I’m not into Call of Duty so my only other choice was Halo 5.”

Was a lot of member taking part in Weekend Warfare?
Pride 52: “In the first round there was eight people and in the second match their was 4.”

Was the competition hard?
Pride 52: “For the first round yes, playing against eight other member was very hard but, the second round was very easy-going again only 4.”

If there was anything to change what would it be?
Pride 52: “Spectators in the game, when other are spectator’s in the game it is really hard not to kill them.”

Any details about the Free-For-All and how it went?
Pride 52: ‘I thought the whole thing was intense it was tied up almost the whole time until, at the last-minute I pulled ahead and won.”

Is this your first time doing Weekend Warfare?
Pride 52: “No, I’ve done it several times in the past.”

Would you like to see more Halo 5 Weekend Warfare?
Pride 52: “Yes, I think Halo works the best!”

Do you have any advice to give to other Halo 5 Players?
Pride 52: “Always watch your corners. If you have bad matches next one could be better.” 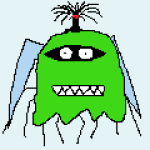