This member was invited to KSI through one of his friends who sent him the the forums site. As a result, on 02/15/18 KSI K146 HAVOC was recruited into Crimson Dawn byA?KSI Rivet0617. Havoc’s journey in the community started after being recruited into the community, and he has been consistently striving for greatness.

It has only taken him two months to make it to second Lieutenant and he says, “The sky is the limit”. HAVOC is a member of the News Team and really enjoys writing recaps on weekend warfare and game reviews for the department.

HAVOC has been recruiting with the mindset of quality over quantity. Because of this, he is one of the top recruiters in Crimson Dawn.

Advice from a fellow member, everyone needs to focus on keeping a positive attitude during KSI events as well as being positive about KSI in general. It is important to play games with your recruits before recruiting them. This causes these recruits to feel welcome.

In three months, HAVOC sees himself as a captain in his squad. He likes to grow around his environment as well as grow with it.

Outside of his KSI career, HAVOC has written a national law enforcement registry and two laws to protect police dogs; Nicky’s Law and Bama’s Act.

Havoc is a great example of what a Officer in a squad should look like. Everyone can count on HAVOC to be there for his squad and answer any questions for them. The goals and expectations he has set for himself will help to propel him through the ranks.

He has done some great things in both KSI and outside of it. He is a inspiration to his fellow members in Crimson Dawn. I cant wait to see what his nexr move is KSI is going to be. 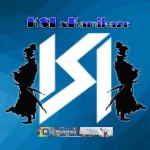