Dwayne “The Rock” Johnson has been all over the place between wrestling and movies, and now he gets to the opportunity to work with one of the biggest names in comedy today: Kevin Hart.

Kevin Hart is best known for his stand up shows such as “Laugh at My Pain”, or “I’m a Grown Little Man”. Both of the leading stars are widely known, and the David and goliath feel to the atmosphere, I see this movie being a success.

Bob Stone (Dwayne Johnson) was a social outcast in high school because of his weight, which resulted in his constant bullying. Calvin Joyner (Kevin Hart) was the most popular athlete in the school who had no interest in bullying Bob.

Many years pass, and it’s at the high school reunion where Calvin and Bob re-unite, and Bob is no longer fat. Bob has revealed that he is in the CIA, and he needs Calvin’s help to bring down a crime syndicate.

I know that you are thinking this movie sounds like every other action-comedy movie, but I believe that Kevin and the Rock will make this a must see. I mean, how many chances are you going to get to see a fat Dwayne Johnson?

Director Rawson Marshall Thurber, director of “We’re the Millers” and “Dodgeball,” shares his thoughts on the movies in an interview with TrailerAddict. Thurber states that this movie puts across an anti-bullying message, which he believes is a problem in today’s society.

He was also proud about the fact that he took the biggest action star and put him in a comedic role, and took the biggest comedy star and made him the serious character. In this interview, he seems very pleased with the outcome of this movie, so I believe we will be in for a treat.

This has been a good year for movies, from the super-hero movies that give us hope and the action-comedies that make us laugh and cry.

Don’t get me wrong, there are still blunders that happen, but that comes with the release of every good movie. Central Intelligence is set to release on June 17th, so be sure to get your tickets now.

For more information on this movie, or others, please visit IMDB. Also, be sure to look for more articles on new video games and movies to come. Thank you for reading, and happy gaming! 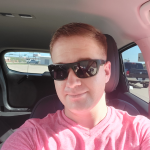