The History team collected information about the past and current divisions in KSI and kept them as updated as possible. Divisions are a part of the clan ops side of KSI and are very important. ThisA?is how most of the community connects and unwinds together.

Divisional information was collected by members outreaching to either current or former 7’s A?and asking them questions to gather a detailed history. The informationA?was thenA?typed and posted onto the forums under the departments corresponding sections, as well as archived off site incase of loss ofA?access to the forums.

KSI isna??t just about the divisions that make it up. KSI is for the people, so naturally, the history of our people got collected as well. The main difference between highlighting individuals and divisions was the publishing of the material.

When typing up member histories, the team was asked not to just have it written in a Q & A format asA?it wasA?not as much fun to read. Members were challenged to write the member histories as ifA?they were a news reporter covering an article on them. However, this method was much more difficultA?to adhere to and was commonly not maintained.

At this moment, the HistoryA? department continues to live on under the guiding wing of News. To this day, member historiesA?are collected and uploaded but are now knowA?as a??spotlightsa??.

One day the History team may be re-boot as ita??s own department. It will have new leaders and more to cover but for now, just go out and make history in KSI. Be someone everyone knows about and who people want to know more about. Make a name that lives long past your departure, stand for a department with everything you have. Just remember thatA?either way, you mean something to the community. However,A?are you leaving something behind that is worth the history? 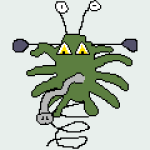