I joined Paragon a couple of weeks after it split from Trocity. I had run into the General, KSI ApBlis19 in a public lobby and was curious about KSI. She now admits that it seemed like I was being a smart ass. She didn’t even take me seriously about wanting to be recruited. Now, her and I have become great friends. A few days later, I was orientated by KSI PaladnMouth, who also became a great friend of mine.

Since joining, I have had the pleasure of helping build this squad from the ground up. Since day one, I have always looked to Blis and Pally as such great leaders, as well as excellent mentors. After a few weeks, they had realized I would make an excellent officer. Not long after, I became a Staff Sergeant.

Paragon has been through so much as a squad. We have lost friends, and experienced some seriously shady things.We also merged all of Trocity’s 360 members into our squad when Trocity moved to the X1. This was a difficult merge. Most of them moved up to the X1 shortly afterwards, leaving us pretty much back where we started. Most recently we transferred from Last Strike to Divine Reign, and now things are running much more smoothly.

Blis, Pally and myself have pushed forward and accomplished things that a lot of people have noticed, even when the odds were against us. Paragon was even considered a failing squad for a while.

Now we are looking forward to a squad split soon. We have a very active weekly schedule including Head Hunters practices twice a week. We also run an average of four weekly workshops. On top of that, a lot of our members are active on the forums. We participate in AAP, Weekend Warfare events, and departments such as News as well.

Our squad has grown so much in the past 7 months. A lot of higher ups I have run into always seem to have heard great things about us. A large part of that has to do with the three of us fighting hard to lead the way.

We have called ourselves the three musketeers because of how close we have become over time. Now, I feel like we could accomplish just about anything.

I really wanted to take some time to go ahead and show some appreciation because without the two of them, I would not have made the rank of captain and our squad would not be thriving despite a lot of doubt.

In my opinion, these two are the ideal example of knowledge, strength, and integrity. Now ApBlis has become a co founder, and Pally is General of Paragon. Our hard work is really starting to pay off, and I couldn’t be more proud of our squad. So many great members have worked hard to build it into what it is now. 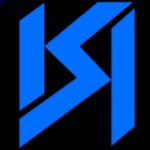