Hey there readers! KSI Gambit 7 reporting to you here with a recap of our most recent happy hour on August 4th, 2017.A?Last weeka??sA?Happy HourA?consisted of members throughout the community showcasing their beautiful voices for Karaoke night while streaming gameplay from Black Ops II to give the viewers at home something to watch!

The night was kicked off with lots of fun and laughs from the commentary provided by the panel, but was soon left in the dust as the singers took center stage and gave it their all! From baritones to nailing high falsettos, the participants continually managed to shock the judges with their talent and song choices.

Highlights of the Night

KSI Booga 7 and his crazy falsetto in his rendition of Bruno Mars.

KSI Darthwolf 7 and her beautiful performance of the song a??7 years.a??

KSI DemonicWidow and her electrifying performance of a??Fergaliciousa?? which left the entire panel singing along and pumped up.

Important topic alert! Also announced on the stream is the fact that KSI has officially reached affiliate status with twitch! What this means for people who may not know, is that we are now able to solicit donations on our twitch channel and receive subscribers. Donations can be given in increments of either 5, 10, or 25 dollars and that money will be split in two ways. Half of the money will be going to twitch while the other half of the money will be going directly back into KSI. These donations allow us to host bigger tournaments, give out bigger prizes, and help us keep making KSI the community you all know and love. Also, if you donate and become a subscriber, not only do you get custom emotes for the channel, but you also gain access to an exclusive on the forums for VIP members. Come on, who doesna??t want to be in the VIP club!

Overall, karaoke night was a huge success and we could have not have done it without the brave souls that participated. Whether it was watching KSI Chicago 7 drop 9.0 KDa??s in team death match or listening to any of the performances from the multitude of guests that stopped in, it was truly impossible to have a bad time with us and if you missed it, you missed out!

So, whether youre a viewer or subscriber, make sure to tune into the livestream every Friday at 9 p.m. eastern at twitch.tv/KSILive and bring a friend. As always, thank you to the productions team as well as the panel and participants which included:

Thata??s all for me guys, Ia??ll see you next Friday! 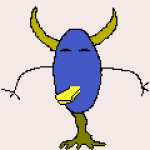