Announced at E3 2014 in Los Angeles, CA on June 9th, Halo: The Master Chief Collection is the next big step on the long “Journey” to Halo 5: Guardians. Combining Halo: Combat Evolved Anniversary, the newly created Halo 2 Anniversary, Halo 3 and Halo 4, all on just one Blu-Ray disc, this Xbox One exclusive runs at a blistering 60 frames per second with 1080p visuals, and boasts the ability to switch between Classic and Updated graphics on both Halo 2 and Halo Combat Evolved Anniversary instantaneously, removing the slight lag experienced with the feature on the Xbox 360 version of Halo CE Anniversary, as well as having over 100 multiplayer maps to play on, from Hang ‘Em High on Halo Combat Evolved to Haven on Halo 4, all maps are available to play instantly with dedicated servers now built in to all four games. Worried about having to re-download all of the DLC maps from the various Halo Games? Don’t worry, all maps from all the four Halo titles, including DLC maps, are already loaded onto the disc. Worried about having to unlock all of the same missions over again? Don’t worry, all missions are ready at the click of a button as soon as you pop in the game. In addition to all of these amazing features, the Collection comes with 4000 GamerScore, completely redone cut scenes for Halo 2 Anniversary by the folks at Blur Studio’s (The guys who did most of Avatar’s CGI), as well as “Mission Setlists”, giving you the ability to make seamless playlists of all of your favorite Halo adventures. Featured in the Extras menu of the MC Collection, is Halo Nightfall, a weekly, episodic digital video series based in Halo’s massive universe, and get this, it’s produced by Ridley Scott, the guy who brought us such great films as Aliens, Black Hawk Down, and Gladiator. Also included is a free multiplayer beta for Halo 5: Guardians which will run from December 27th 2014 to January 22nd 2015. There are also Prologue and Epilogue cut-scenes featuring our newest Halo Character, Agent Locke, which will ultimately lead us into what will most likely be the most anticipated game of 2015, Halo 5: Guardians. Halo: The Master Chief Collection will be available at game retailers and for digital download for $59.99/£49.99 in the US on November 11th and on November 14th in the UK. 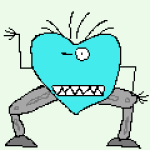 I’m that guy that does that thing on those websites, yea that thing.