Neverwinter is an MMORPG that’s free to play. It was published on June 20, 2013, by Perfect World and developed by Cryptic Studios. The game is currently on  Xbox One and PC.

Neverwinter came to Xbox One on March 31, 2015. The game has 60 levels for a player to experience. Also there are 13 races, and 8 classes to choose from. The player creates a character that is Elf, Orc or human. Then they can choose if they want that character to be a wizard or warlock. There are many more classes to consider beyond that, as well.

Before a player can start their journey on Neverwinter, they would have to go through their pre-game training to learn the basics for the game. Once that’s finished, the player can adventure out and find new experiences within the game. It will get more difficult as the player levels and adventures more throughout the game.

To level up within the game, players have to complete quests by taking down enemies within different locations. Right now, the level cap is set to 60. If a player needs to heal within the game, they can buy and use potions or go to a campsite.

A player can also get into professions, such as jewelry and leadership areas. There are also other professions a player can work on if they’re not leveling with quests and defeating enemies. The player can also compete in online PvP and PvE action to level up.

Players can also go the bank and use Zen, which is the main currency Neverwinter. The game also uses astral diamonds as another form of currency. There are new armor, weapons, and potions that the player can buy from stores throughout the map that will come in handy later on.

The stores may require different currency for different items, so players have to diversify their currency.

At level 5, the player can choose which powers her or she wishes to use. At level 16, the player receives a companion to help them out in missions.

The downfall within Neverwinter is that there are some overpowered bosses within some realms. One is a dragon in the Neverdeath Grave Yard. The player can barely do any damage to him unless they’re playing with a massive group, but even then it’s still difficult.

Overall, Neverwinter is an great MMORPG for new and old MMORPGers. As If you like a game that is free to play, and you’re looking for new experiences in a game, try Neverwinter. It’s a must-download game for platform and console gamers. 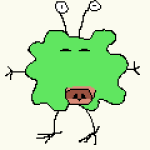