The Time Has Almost Come

This year at Gearbox’s PAX East 2019 conference, we were greeted with the fantastic news that Borderlands 3 would be dropping this year. The fourth title in the Borderlands series was announced that it’s release date would be September 13, 2019 – nearly 5 years since the previous title, Borderlands: The Pre-Sequel, released in 2014.

Fans have been raving for the past few years with rumors coming and going, and the wait looks to not have been in vain.

The official announcement trailer was released in April – here it is here:  https://www.youtube.com/watch?v=JiEu23G4onM

Having similar designs styles as the previous games, Borderlands 3 cartoonish style is sure to bring back all the vault hunters out there. With the promise of 1 billion different guns, it’ll be interesting to see what combinations we’ll get this time around.

With the setting have been stuck on Pandora and it’s moon of Elpis, it’ll be exciting to see where we’ll end up this time around! We also have some interesting antagonists this time around in the form of 2 siren twins known as the Calypso Twins ruling a cult called the Children of the Vault.

Sticking with the choice of 4 different Vault Hunters, each one will be bringing different abilities to the table.

Take a look here for all the details we know so far about them: https://www.youtube.com/watch?v=Hk6NDCieHm4

The game will also feature a split-screen co-op feature, something we are seeing less and less these days. This feature will only be available for console players, but don’t fret PC players, we’ll all still have access to co-op. The game will also be using microtransactions for some cosmetic stuff, so be on the lookout if you’re into those.

With all the games coming out this year, this is one of those that I personally will be spending my money on. I wouldn’t be surprised in all honesty if this game racks up a few awards this year, but we’ll have to wait just a few more months to see. Be sure to set your calendars in September for Borderlands 3! 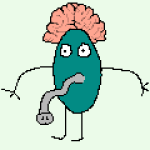