Today was the first day of the E3 expo in Los Angeles and it was a very big day today for Microsoft.

Many games were revealed today, such as Halo 5, Fallout  4, Forza Motorsport 6 , The Division, Rainbow Six Siege and Tomb Raider. All the games where just amazing and i can’t wait until tomorrow because it’s going to be great .

Xbox One backward compatibility was also announced to the delight of many fans.

Coming this winter, you will be able to play Xbox 360 games on your Xbox One. Not only did they announce the backwards compatibility, but they also showed off the new and exciting 3D Hololens only for Xbox One.

Halo 5 looked very awesome, and the graphics looked great as well . The campaign looked very interesting and fun, but possibly the coolest part of Halo 5 is that now you will be able to have 12 players on each team.

Fallout 4 had some very good graphics and gameplay as well, and the story mode looked good. There’s even going to be a dog in the game, and it sort of brought back memories of Call of Duty: Ghosts and the dog that so many people loved.

The gameplay for Forza 6 looked amazing and the Ford GT was stunning.

The Division looked really good with it stunning gameplay and graphics. The story mode will be very interesting and exciting, and it appeared that it may be done through an open-world approach.

And of course, Tomb Raider will be back. What is there to say? That’s awesome.

Tomorrow is the official start of E3, and it would be awesome to see everyone back here with KSI News to watch the stream, take part in the liveblog and share opinions and thoughts on what goes on! 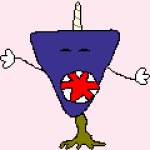 Hey guys im KSI HULKSTER (aka KSI southern 7) , Im a writer on the KSI news team and im also a KSI member of Genesis DR .. Ive been apart of KSI for 3 years and ive loved every bit of it . If you ever want to play or chat send me a message . My GT is KSI HULKSTER .