Destiny – The Dark Below

First of all, let’s go back and look at Destiny’s release in September. Millions of unique players entered Bungie’s universe that would be regarded as one of the most hyped games of this year. Ridiculous amounts of Fallen, Hive, and Vex were killed, engrams upon engrams were turned in to the infamous Master Rahool, and many other Guardians were slain in the Crucible. This was all in preparation for a few things. First of all, to get the best gear possible in the game. Two, to reach maximum level for your character. Three, enter the first raid and come out victorious. As great and addictive as these mechanics and goals were, the story was lacking and disjointed, locked content in the game was clearly evident, and outside of PvP, limitations on what you could do in the end game showed their true colors.

So, what’s going on now?

To start off, the DLC brings attention to the Hive, the Moon, and more specifically, a proclaimed God named Crota. The Hive are attempting to revive their leader to initiate an invasion upon Earth, as they did once before. Your job, as the Guardian, is to prevent this from happening. Normally, you’d expect this to be rather simple, but without friends by your side, it is not. From the tower, you notice a new objective marker that leads you to a mysterious person who calls herself Eris Morn. She was one of the 6 first guardians to take on Crota in his domain, and was the only one who managed to escape after the Hive armies overtook them. A shroud covers her eyes and what appears to be dark tears that run down her face. You could say that Crota is a very rude individual with not-so-nice intentions.

So, how does all of this play into the game?

Eris has her own faction named the Bane of Crota. Fitting for a tale of revenge and malice, right? You will find yourself doing unique bounties and new missions to increase your reputation, and right the armies that are trying to bring Crota out of his domain in the Hellmouth. There are specific servants of Crota, who act as the main harbingers of his next coming, that you must kill. They are also properly named as well. The eyes, hands, mind, will, and others of Crota will stand in your way. Specifically, the Will of Crota, a witch titled Omnigul, appears throughout all of the missions as a tease for the strike that ensues near the end of the DLC. The way this is presented, along with the giving of quests and objectives, makes the progression and story of revenge from Eris more interesting. What is nice, is that every mission, including the raid, finally has a purpose and is connected together somehow. Bungie may not be  so adept with their story telling, but there most definitely has been an improvement for this. The only issues that players will have, is the fact that there are NO cut scenes whatsoever, besides the trailer for the content, and the only story you have is from Eris’ banter during missions.

What you’re really here for.

Okay, so story and mission content aside, you want to know a couple of things. The raid is new, fresh, and full of loot for those who dare to brave the depths of the pit. From traversing the darkness, following lanterns until you reach a bridge of light to escape, to using Crota’s own swords to take down the Hive God himself, you have a lot to execute in this raid. For those at level 30, this is not for the faint of heart, and you must know that it is necessary to have a level 31 or higher if you wish to beat Crota. After doing some math and figuring the numbers, the pioneers of the raid will tell you that you deal much more damage with Crota’s sword if you are at least one level higher than 30. There is one thing for certain, this is not as forgiving as the Vault of Glass, and will test your skills as a team. The new weapons that are included with the content will help you in your quest as well. All of the vendors will sell improved weapons from now on, with their attack capping out at over 330 instead of just 300. Your armors will be upgraded as well, if you so wish to increase your light level.

For the new maps on the crucible, we have some interesting locations. Skyshock is a large array of satellites and other communication devices used for the Warmind’s interplanetary defense system. This is on Earth, and is a medium/large map with vehicles.Pantheon is an ancient Vex temple in the Black Garden, and a setting for the PS4-exclusive strike. This is a small/medium sized map. Finally, there is The Cauldron, an abandoned Hive temple where all forms of life were judged before the power of darkness. These maps add a little bit of new spice to the old Crucible PvP that you’ve come to know, and maybe love.

There really isn’t too much to this content, other than a couple of new places on the maps you can access, some new bosses, additional crucible maps, and the crazy lady who gives you the extra missions. Eris appears whether you have the DLC or not, and you can accept some of her bounties as well. Also, you will be able to hit light level 31 and obtain many new weapons even without the content, so you’re not missing out on THAT much if you decide not to purchase the DLC. For $20, unless you have a good set of friends to do the raid over and over again, you’ll be hard pressed trying to justify this purchase. For die hard fans looking for more of a story and a reason to play again, this will get you back into the grind for a little while, but for how long? 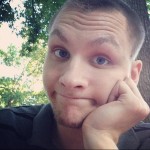